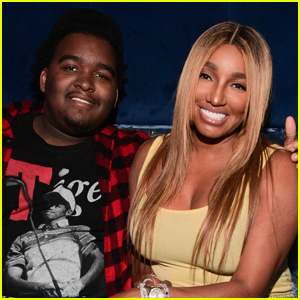 Brentt Leakes is focusing on his health.

On Sunday (January 15), the 23-year-old son of Real Housewives of Atlanta alum NeNe Leakes took to social media to show off his 100-pound weight loss, three months after he suffered a stroke.

See the photo inside…

“Focus on you until The focus is you. #100poundsdown,” Brentt wrote on Instagram along with a carousel of photos showing off his new slimmed down figure.

Back in October 2022, NeNe, 55, revealed that Brentt had been hospitalized after he had congestive heart failure and a stroke on September 26.

The day before Thanksgiving, NeNe announced that Brentt had been released from the hospital and was heading home.

NeNe shares Brentt and older son Bryson, 33, with late husband Gregg Leakes, who sadly passed away after a battle with cancer back in September 2021.