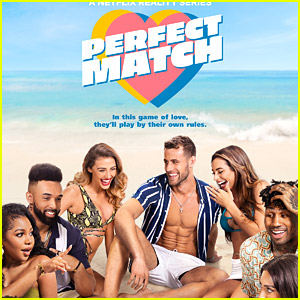 The brand new series will bring together all your faves, or at least the most memorable former stars from Love Is Blind, The Circle, The Mole, Selling Tampa, Too Hot Too Handle, Sexy Beasts, The Ultimatum, and Twentysomethings.

Head inside to find out more about the show and just which reality stars will be in Perfect Catch!

Here’s the official summary: Perfect Match brings together the most famously single stars of Netflix’s unscripted series to a tropical paradise in an attempt to find love.

As they compete to form relationships, the most compatible couples will play matchmaker, breaking up other couples and sending them on dates with brand-new singles they’ll invite to the villa. Will they create better matches, or will they create chaos?

In this over-the-top journey of strategy and dating hosted by Nick Lachey, only one couple will be crowned the Perfect Match.