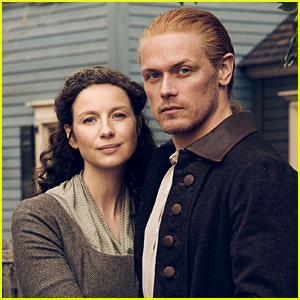 Some bittersweet news for fans of Outlander, starring Sam Heughan and Caitriona Balfe: the show has been renewed for an eighth season on Starz, but that season will be its last.

Season 7 is currently in production and is actually an extended season that will feature 16 episodes. Season 8 will feature 10 episodes and will conclude the Starz fan fave.

There is some more news, though, that fans of the show will be happy about!

With this bittersweet news, Starz did officially greenlight the show’s prequel series, Outlander: Blood of My Blood. So fans of the series have a lot to look forward to with season seven in production, the upcoming 8th season, and the prequel series! The prequel will focus on Jamie‘s parents, Ellen MacKenzie and Brian Fraser.

“For nearly a decade ‘Outlander’ has won the hearts of audiences worldwide and we’re pleased to bring Claire and Jamie’s epic love story to a proper conclusion,” Kathryn Busby, president of original programming for Starz, told Variety. “But before we close this chapter there is plenty of their passionate story to tell over the course of 26 new episodes and even more to explore of this dynamic world and its origin story.”