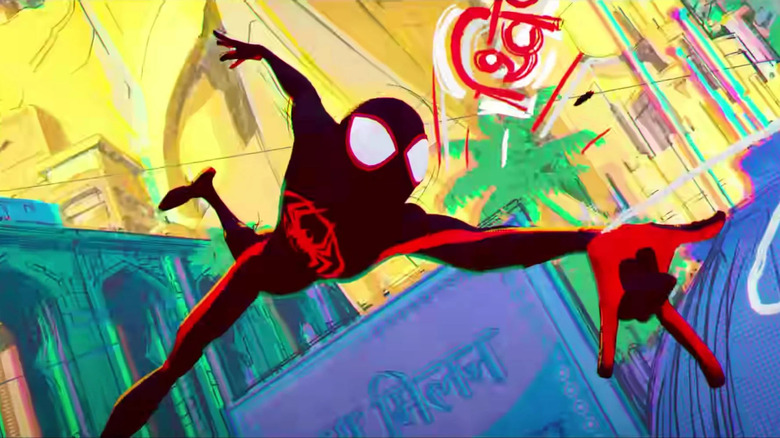 Like its predecessor, 2018’s “Spider-Man: Into the Spider-Verse,” the 2023 follow-up “Spider-Man: Across the Spider-Verse” will cull comic book history for every possible iteration of the eponymous superhero, and force them to interact. In “Into,” directors Bob Persichetti, Peter Ramsey, and Rodney Rothman had the Miles Morales Spider-Man (Shameik Moore) meeting and forming an unlikely bond with a middle-aged Peter Parker Spider-Man (Jake Johnson) when the latter passed into Miles’ dimension. The two also teamed up with Spider-Gwen (Hailee Steinfeld), Spider-Ham (John Mulaney), Spider-Man Noir (Nicolas Cage), and an anime duo called Peni and SP//dr (Kimiko Glenn). In a post-credits cookie, Miguel O’Hara, a.k.a. Spider-Man 2099 (Oscar Isaac), also appeared. Spider-Man 2099 will appear again.

Each of these characters has a precedent in “Spider-Man” comics. As will be proven in “Across” — directed by Joaquim Dos Santos, Kemp Powers, and Justin K. Thompson — those seven Spider-Beings are only a scratch on the surface. There are still many, many Spider-People to explore, and “Across” will endeavor to bring multiple more iterations into the action. The new film has already been described as “more insane” than the first, and the film’s trailers have offered glimpses of video game versions of Spider-Man, Bag-Head Spider-Man, and others only deep-cut Spider-Fans would recognize. Fingers crossed for Japanese Spider-Man.

In addition, as screenwriters Phil Lord and Christopher Miller revealed in an interview with Games Radar, “Across” will feature a new Spider-Verse location, extrapolated from a very obscure corner of Marvel Comics trivia. If one is eager to see a Bollywood version of Spider-Man, prepare to meet Pavitr Prabhakar. 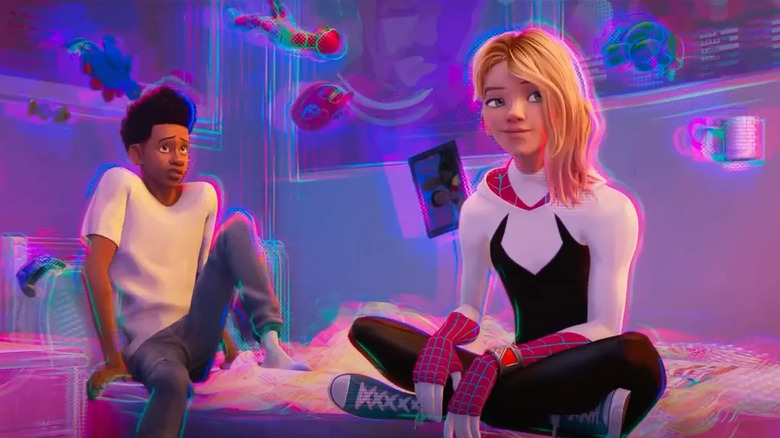 As relayed by Christopher Miller, the Indian Spider-Man “lives in a world we’re calling Mumbattan, which is based on these ’70s comic books in India.” Phil Lord added that Mumbattan — presumably a portmanteau of Mumbai and Manhattan — will be literally inverted. “The idea for this dimension is that it’s Manhattan, but in reverse […] Instead of it going up, it goes down.” An upside-down city will likely be only a minor hassle for characters who can climb up and down walls and ceilings.

The idea of transposing the Spider-Man story to India, however, predates the 2004 publication of “Spider-Man: India.” According to a 2018 article in the Hindustan Times, Marvel head honcho Stan Lee was once approached by filmmaker Satyajit Ray about the possibility of creating an Indian Spider-Man. Ray is the director of some of the most celebrated films in the world, including “Pather Panchali,” “Aparajito,” and “Apur Sansar” (the Apu trilogy), as well as “The Music Room,” “The Big City,” and “Enemy of the People.” Sadly, such plans never came to fruition before Ray’s death in 1992. It was the director’s proposal, however, that eventually led to the creation of “Spider-Man: India.”

Lord and Miller wrote him into their new movie. “Spider-Man: Across the Spider-Verse” will open in theaters on June 2, 2023.

Read this next: The 14 Best Animated Movies (That Aren’t Made By Disney Or Pixar)

The post Phil Lord Reveals One of the Wild Universes of Spider-Man: Across the Spider-Verse appeared first on /Film.