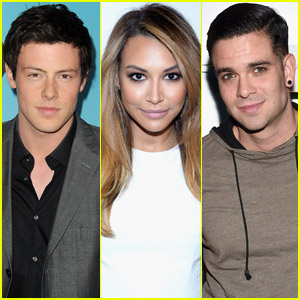 The first trailer for the new Glee docuseries The Price of Glee has arrived, and it highlights the tragic deaths of several young members of the cast.

The trailer for the project, which was first announced back in October, prominently features Cory Monteith, Naya Rivera and Mark Salling. The actors played Finn Hudson, Santana Lopez and Noah Puckerman on the popular musical TV series, which first aired in 2009.

Click inside to watch the trailer for The Price of Glee…

The trailer featured archival footage and photos alongside new interviews including one with Naya’s father George Rivera.

Another subject used the word “cursed” to describe the series, while yet another teased a revelation from either Cory or Mark before their death.

The Price of Glee premieres on January 16, 2023. You’ll be able to watch it on ID or stream it on Discovery+.

Did you see that former Glee actress Amber Riley recently opened up about one of her controversial co-stars?

Many cast members from the show have spoken out against the docuseries.

Press play on the trailer for The Price of Glee below…