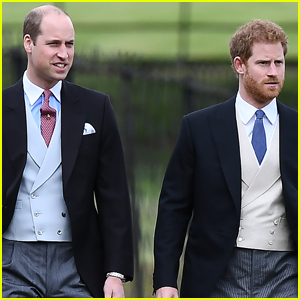 If anyone knows what it is like to be the younger sibling to the heir of a throne, it’s Prince Harry. As such, he recently admitted to having worries about his brother’s younger children.

Of course, Prince George as the oldest is likely to inherit the throne from the Prince of Wales. That will leave the family in a similar situation where his younger siblings might feel like Prince Harry.

The Duke of Sussex admitted that he has talked to his brother about his concerns for his younger children during a recent interview. How did his brother respond?

Prince Harry told the Telegraph that Prince William‘s response did not assuage his worries.

“And though William and I have talked about it once or twice, and he has made it very clear to me that his kids are not my responsibility, I still feel a responsibility knowing that out of those three children, at least one will end up like me, the spare. And that hurts, that worries me,” he said.

In the same interview, Prince Harry admitted to removing stories from his new memoir, the aptly titled Spare. Can you guess why they were removed?

Within the book, the prince shared multiple stories about him and his brother that have since been called out by the public.