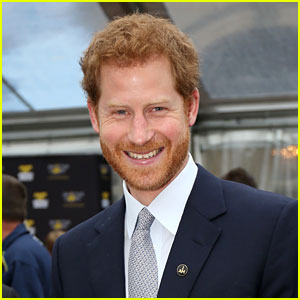 Prince Harry opens up about his days of bargain hunting in one section of his new memoir “Spare.”

The 38-year-old Duke of Sussex says that he used to shop at TK Maxx, which is the UK equivalent of TJ Maxx.

“For my everyday casual clothes I’d go to TK Maxx, the discount store. I was particularly fond of their once-a-year sale, when they’d be flush with items from Gap or J.Crew, items that had just gone out of season or were slightly damaged,” he wrote in the book.

He added, “If I found something promising I’d hold it up to my chest or legs, standing in front of a mirror. I never dawdled over color or style and certainly never went anywhere near a changing room. If it looked nice, comfortable, into the bucket it went. If I was on the fence about it, I’d ask [bodyguard] Billy the Rock. He delighted in moonlighting as my stylist.”

TK Maxx has responded to the comments, but fans are calling out the company for what they said.

Head inside to read more…

“Whilst we’re delighted Prince Harry is a big fan, we thought we should explain we don’t actually do sales. Instead, we offer great value, style and savings all year round,” a spokesperson for the store told the Daily Express.

Fans have been calling out the company on Twitter by sharing photos of all the sales they have promoted over the years.

Today I learned TJMaxx is called #TKMaxx in England

Also in the book, Prince Harry talks about how he felt about Kate Middleton after they first met.