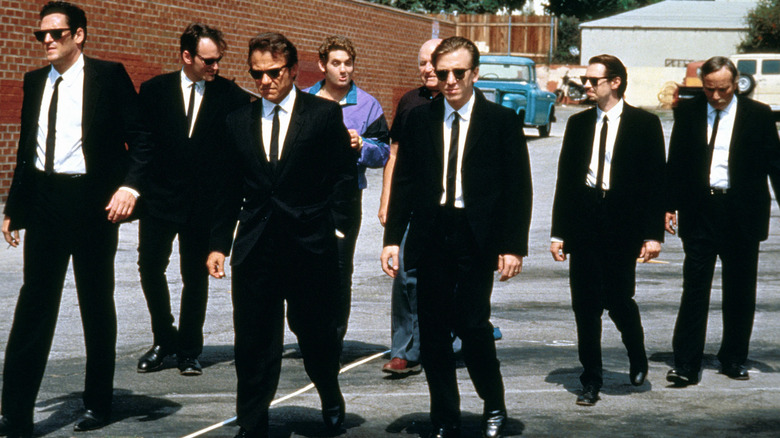 A keystone film for understanding Quentin Tarantino is one he didn’t direct: “True Romance,” one of the first feature scripts he wrote. While he ceded directing duties to Tony Scott, his signature on the finished film is still legible.

The lead, Clarence Worley (Christian Slater), is Tarantino’s avatar. A mid-20s pop culture fanatic who works at a comic book store and loves Elvis Pressley (and Kung-Fu movies), Clarence is the spitting image of who Tarantino was when he created the character. In some chuckle-worthy wish fulfillment, Clarence’s pop culture knowledge also impresses girls, namely Alabama Whitman (Patricia Arquette). Another telling “True Romance” character is Drexl Spivey (Gary Oldman, though Tarantino wrote the part for himself), “a white guy who thinks he’s black.”

“True Romance” feels more personal for Tarantino than “Reservoir Dogs” — it even jumps to Hollywood after the first act. It’s easy to imagine a world where “True Romance” was his debut instead. If Tony Scott had chosen the other of the two scripts Tarantino gave him, that’s the world we would be living in. 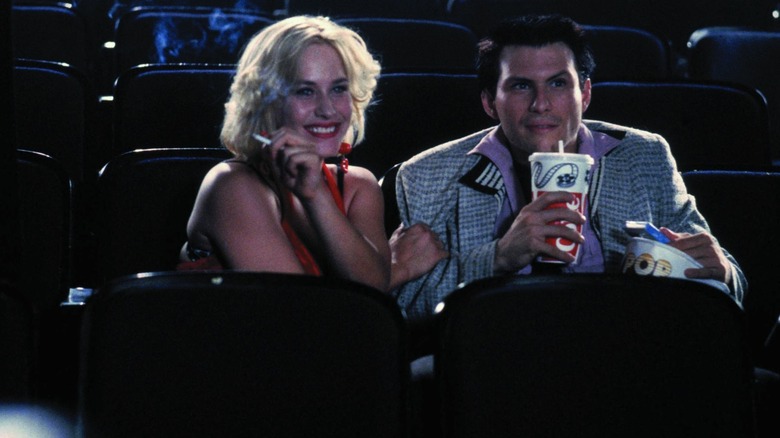 The Independent’s 25th-anniversary feature on “True Romance” tells the story of how Tarantino met Scott — and how he gave him a choice. Reportedly, what drew Tarantino to Scott was the “panache” of his filmmaking (see “Top Gun”) and a mutual sense of outsider-ship: Tarantino hadn’t broken into Hollywood yet, and while Scott had, he was from England and not quite at home in Los Angeles.

In 1991, Tarantino managed to get onto the set of Scott’s “The Last Boy Scout” thanks to a friend working as an assistant. He then passed along two scripts to Scott: one for “True Romance,” and one for “Reservoir Dogs.” Scott, feeling some empathy for a struggling kid, agreed to read the scripts and didn’t regret it. He recalled, “I’m a terrible reader, but I read them both on a flight to Europe. By the time I landed, I wanted to make both of them into movies. When I told Quentin, he said, ‘You can only do one.'”

Obviously, Scott chose “True Romance.” So why did Tarantino only allow Scott to direct one of the scripts? It probably had something to do with his own directing ambitions, considering how he took his $50,000 paycheck for the “True Romance” script and helped finance “Reservoir Dogs” with it. Harvey Keitel (who played Mr. White) helped secure the rest of the funding.

Often, a screenwriter sits in the director’s chair after making a name for themselves writing hits. However, the opposite happened with Tarantino. “Reservoir Dogs” came out in 1992, a year before “True Romance.” This makes sense since the former was a much smaller production; it mostly takes place in a warehouse, with a cast of a dozen and a budget about of $1.2 million. “True Romance” was a more sprawling story, with more shooting locations, a large cast, and a higher budget.

Still, this meant “Reservoir Dogs” had to succeed on its own (which it did) and, as The Independent notes, Tarantino was a known quantity (and “instant sensation”) when “True Romance” hit theaters. Not enough of a sensation, though, to give “True Romance” a boost, for the film underperformed during its theatrical run.

This may have been in Tarantino’s best interest; instead of having only a failure on his resume before trying to make “Reservoir Dogs,” he succeeded on the strength of his talent. He then rode the golden star on his resume to “Pulp Fiction,” the movie that proved he wasn’t leaving Hollywood anytime soon.

Read this next: The Best Action Movies Of 2022, Ranked