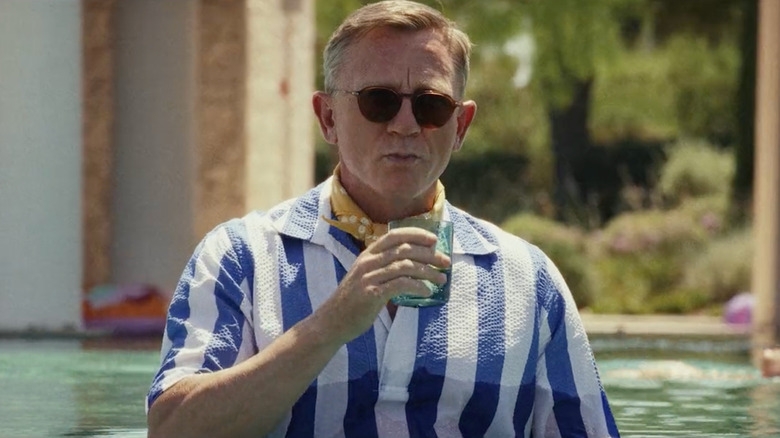 If there was an Academy Award for good timing, Rian Johnson’s second “Knives Out” mystery outing, “Glass Onion” would be the unquestionable front runner. Johnson’s sequel brings gentleman sleuth Benoit Blanc (Daniel Craig) away from family fortune trust funds and into the world of American new money. At the height of the pandemic, tech billionaire Miles Bron (Edward Norton) and his gang of “disruptors” take a Greek vacation on his shiny private island for a murder mystery party.

As one would expect, an actual murder breaks out, shattering the illusion of a perfect cocktail-binging trip between close friends. Miles’ carefree persona slips into paranoia, and the strengths of all of his relationships are tested as the film reaches its climax. Released in a limited theatrical run in November and on Netflix streaming in December, Miles’ breakdown in “Glass Onion” would parallel Tesla CEO Elon Musks‘ impulsive purchase of Twitter for $44 billion, and all his reckless public decisions that would follow afterward. For the most part, the characters that make up the new money class of “Glass Onion” are not directly pulled from real-life figures, but the connection between Miles Bron and Elon Musk is not just obvious, it’s uncanny.

The first film was not afraid of addressing the class divides and power structures of current-day society, but “Glass Onion” takes “current” to a whole new level. Although written in 2020 during the height of the pandemic, the events of Benoit Blanc’s second mystery are prophetic and feel so uniquely tied to this social/political moment.

Despite the temptation to lean into the “now,” Johnson, who makes an appearance on this week’s Filmcast to discuss “Glass Onion,” is personally looking forward to seeing how both of his “Knives Out” mysteries mature “living beyond” its current cultural relevance.

The Reality Of Writing Satire 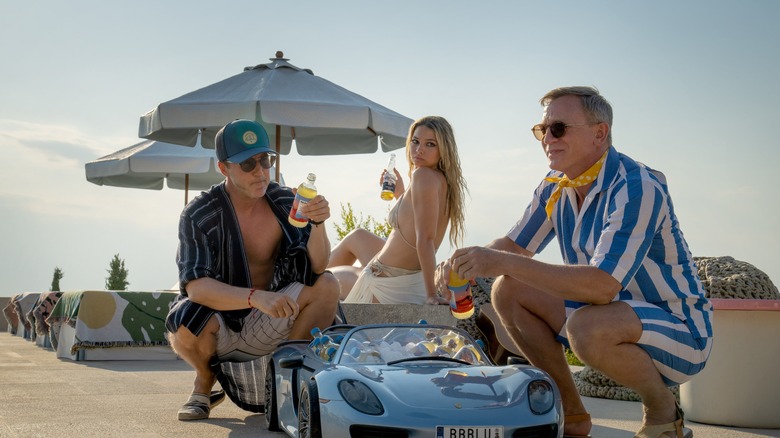 It’s fun to romanticize his foresight, but Rian Johnson is no prophet. Like most of us, he had no idea his film would coincide with such a specific moment in Elon Musk’s career. Johnson largely credits the coincidental parallels of “Glass Onion” with current events as a reality of writing satire and approaching a subject tied to the moment.

“I had no idea. I mean, also I was just riveted along with everyone else just as ‘Holy crap, this is happening in the world right now. What’s going to happen?'” Johnson explained. “That’s kind of, you know, the scary interesting thing about the approach of just kind of not trying to be timeless but really trying to write to the moment in a way. You don’t know how it’s gonna go. And so, it was very, very surreal. It was really, really weird. It felt like maybe, you know, we were just getting trolled at some point.”

A key point Johnson wants to emphasize about both Benoit Blanc mysteries is that while they were written with modern-day sociopolitical issues in mind, Johnson believes his movies have a longevity and universality that is often times overlooked in favor of the more instantly gratifying aspects. He expanded:

“The other thing is, I mean, you know, with this movie and also with the first movie I feel like — I mean I will say, in a way, all this stuff that’s happened with billionaires very recently — I’m looking forward to the movie living beyond that. And, I feel like that has kinda taken a lot of focus in terms of what the movie is about, and for me […] I don’t find just the idea of ‘rich people are jerks’ to be that interesting.” 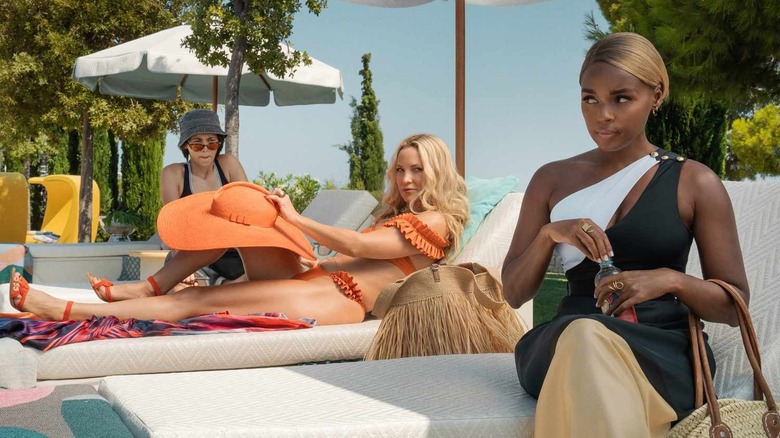 It’s crucial to Rian Johnson that his audience realizes that there is a bigger picture to his “Knives Out” features besides the wacky exploits of the rich and powerful and their antics. Both films are about the connection between money and power, and specifically how money degrades human morality. As he tells The Filmcast:

Indeed, satire is much more than just exaggeration or caricature for cracking light jokes at the expense of the powerful and purely serving as parody — it’s also important for satire to have an explicit purpose or expose a hidden truth at its core. Johnson understands this, and this is why he’s confident that Benoit Blanc’s adventures will live out any Elon Musk headline.

“Glass Onion: A Knives Out Mystery” is available to stream on Netflix.

Read this next: The Best Comedy Movies Of 2022, Ranked