You might enjoy this thriller if you’ve never seen one. Directed by Daina Reid from a screenplay by Hannah Kent, “Run Rabbit Run” largely tears from the playbook of similar recent horror titles about mothers wracked by grief and trauma who are staring down supernatural events that confront them with their strained relationships with their own mothers and children (see “Relic,” which this film’s producers also helmed, and “The Babadook,” for two of the most obvious and contemporary reference points). But the screenplay has so many dizzying leaps in logic and never quite establishes the world it purports to build — are the onscreen happenings supernatural, or merely Grand Guignol freakout hallucination? Either possibility turns out to be disappointing.

Sarah Snook, trading in her Shiv Roy “Succession” old-money aesthetic for linen Banana Republic Outback chic, unbuttons as never before here as a fertility doctor also named Sarah. She lives in a South Australian suburb with her small daughter, Mia (Lily Latorre), who’s just turned seven. But her birthday has eerily coincided with the very recent death of Sarah’s own father, a tragedy she hasn’t really faced up to. Sarah’s also divorced and all but estranged from her mother Joan (Greta Scacchi), recently diagnosed with dementia and living in a nursing home.

As is the lot for such films, ominous animal symbols abound, most explicitly taking the form of a white rabbit that appears on Sarah’s doorstep on Mia’s birthday. The child is instantly enamored with the fluffy, menacing creature, and almost immediately starts showing signs of erratic agitation, poking Sarah with questions about Joan, with whom neither has much of a relationship. Mia also begins to call herself “Alice,” insisting she’s no longer herself, and eagle-eyed viewers will have figured out who Alice is quickly into the movie. 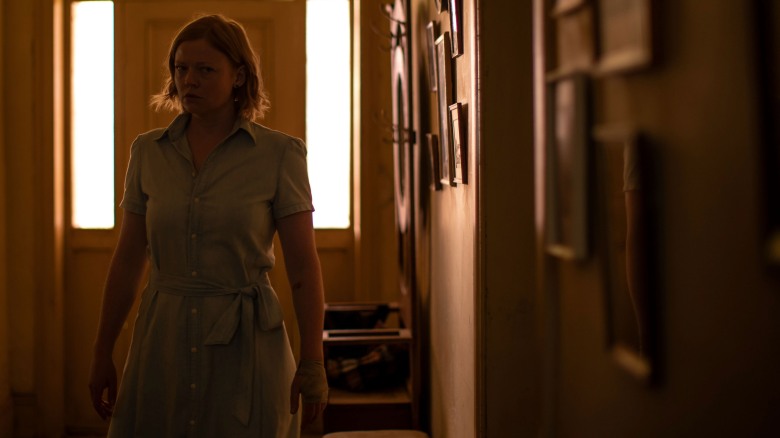 Another creature takes on insidious allegorical power, as in one scene, Sarah runs over a large bird, barely noticed it herself until Mia calls attention to the accident, and then can’t seem to find the bird beneath the car. These images are less cliched (and become more instructive later) than what inevitably becomes the dominating visual motif of Sarah and Mia’s breakdowns — which is, you guessed it, creepy scratch drawings of stick figures with eyes and limbs clawed off made by Mia at school. Sarah pores over them late into the night, worrying over a large glass of wine and dialing up her ex and his new wife, accusing them of poisoning Mia’s mind by spilling secrets of Sarah’s past.

Those secrets coalesce into a shaky schematic silhouette of a picture in the movie’s second half, where Sarah inexplicably drags Mia to her childhood home in rural Waikerie. How that makes sense as a means to quelling looming, unquenchable dread, well, that’s just one of the movie’s many lazy screenwriting detours left unexplained. Joan, who after a family visit to the nursing home now calls Mia “Alice” too, has left the place uncannily intact from when Sarah was a kid. So what better to do than relive traumas from the past to hopefully extinguish the new ones?

Mia, in a preternaturally impressive performance by the young Latorre, has grown ferociously willful toward her mother, hurling barbs at Sarah, calling her a “terrible person,” and subjecting her to outbursts that would test even the most patient mother’s temperament. Here’s where memories of “The Babadook” creep in, as in fellow Aussie Jennifer Kent’s film, we felt a stinging sympathy for its lead’s increasing ambivalence toward motherhood as her child became, well, really freaking annoying. 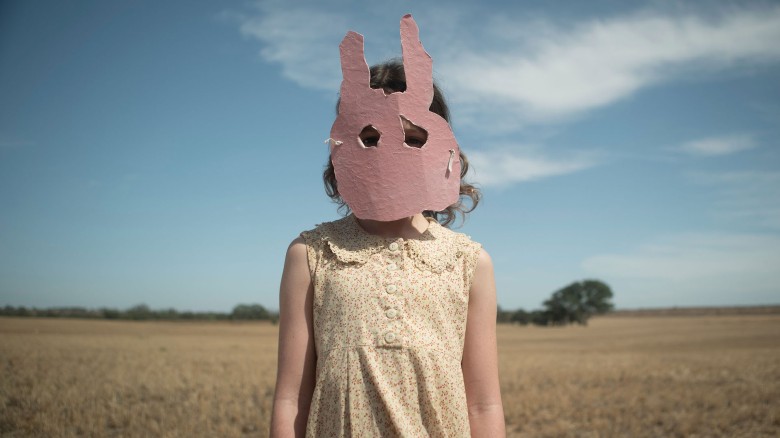 Snook and Latorre operate on a similar plane here, as Sarah starts to really flip, and we wonder if what she’s seeing is real or imagined or some supernatural machination. Plenty of jump scares featuring a glowering girl with long black hair in a tatty nightgown, just out of focus in the background, or flashes of blood-slathered hands or nightmares that culminate in over-the-top crashing sound design deliver “gotcha” moments. But they’re just that, with little substance.

There are a few startling images in the movie’s back half that suggest a different movie entirely, and one horror fans would like to go to. A sinisterly derelict shed on the Waikerie contains a locked cupboard you don’t want to go near. Inside the shed, suspended from the ceiling, hang rusted tools that resemble torture devices. There’s another moment involving Sarah and Mia and a pair of scissors where you can almost hear the wave of shock and perhaps even frothiness cascade across the audience: Is this suddenly the movie we’re about to get? Unfortunately not.

Ultimately, “Run Rabbit Run” is a pile-up of banal horror tropes. Director of photography Bonnie Elliott conjures some sweepingly foreboding images of the Australian landscape, even when working with a drone camera, but there’s something sleepy about the whole affair. The saving grace that makes “Rabbit” maybe worth seeing is an unkempt Sarah Snook, who goes into full, well, “Babadook” and “Black Swan” and even “Repulsion” territory in the movie’s final throwdown. But that these are reference points at all suggests the movie’s mundanity and missing original pieces. It’s the sort of thriller you’d scroll past on Netflix, maybe even drift off to, and now, very soon, you can.

“Run Rabbit Run” premiered at the 2023 Sundance Film Festival. It was acquired by Netflix out of the festival for release at a later date.