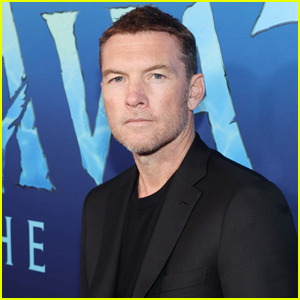 Before Daniel Craig was cast as James Bond in Casino Royale, Avatar star Sam Worthington was in the running for the role.

However, the 46-year-old actor revealed one thing that might have cost him the role that at least nine stars auditioned for before Daniel was cast.

He opened up about the failed audition in a new interview.

“I did go for Bond. I went, did the audition with Martin Campbell who ended up directing Casino Royale awesome. Put me in the tuxedo,” Sam shared while on the Fitzy & Wippa podcast.

“You do a screen test from the movie From Russia With Love,” he said of the audition process, noting that it wasn’t working for him. “You walk in there’s the girl in the bed, you charm her and I could get the killer of Bond down I just couldn’t get the charm, I couldn’t charm her. The suit didn’t fit man.”

Sam also shared that his attempt at a British accent might have cost him the role.

“Well I said if I do an Australian I’m gonna be the next George Lazenby. He only did one and I didn’t want to be like that. So I tried British it was awful,” he recalled. “I sounded like Dick Van Dyke from Mary Poppins. I remember Martin going just do your normal voice, it’s all cool man.”

He also had some unique ideas for the role, which were not well received: “Did say to them I wanted to wear the white tuxedo like Roger Moore. I wanted to bring back kung fu chops and they looked at me like I was crazy.”

Sam also opened up about another role he auditioned for that went to an A-lister.