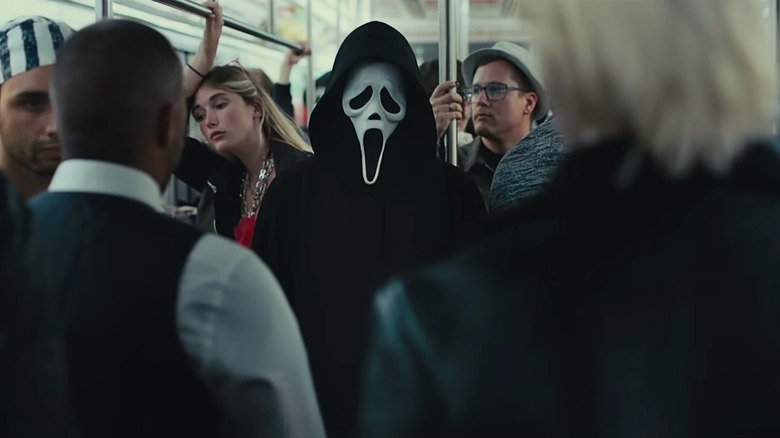 A new trailer for the upcoming “Scream VI” has dropped, promising more Ghostfaced mayhem and a new location. Returning filmmakers Matt Bettinelli-Olpin and Tyler Gillett (“Ready or Not”) helm the new entry, from a screenplay written by Guy Busick and James Vanderbilt based on Kevin Williamson’s characters. While the first five installments of the Wes Craven/Williamson-created franchise have taken the body count as high as it could go in the fictional town of Woodsboro, California (and a sequel set in Ohio), the latest chapter brings the slicing and dicing to New York City.

The survivor-based franchise began with “Scream” in 1996, the beating heart of the teen horror movie reign throughout the ’90s. Its resilient final girl Sidney Prescott (Neve Campbell) has appeared in every sequel to go toe-to-toe with whoever dons the Ghostface mask, until now — in Campbell’s words, “I did not feel that what I was being offered equated to the value that I bring to this franchise,” and so she passes the baton to Melissa Barrera and Jenna Ortega. The pair play young sisters who barely made it through re-quel “Scream” (2022) alive and, along with the Meeks-Martin twins (Jasmin Savoy Brown and Mason Gooding) and a legacy character or two, head east to the Big Apple in search of some needed R&R, where a new Ghostface emerges.

In less than a year after “Scr5am,” Paramount Pictures dropped a teaser for “Scream VI,” which showcases a cat-and-mouse stalking incident aboard a NY subway car.

We’re Not In Woodsboro Anymore

The fifth “Scream” was a box-office bloodbath, raking in $140 million worldwide and knocking “Spider-Man: No Way Home” from its No.1 spot. It wasn’t long before further sequels got the greenlight, and Kevin Williamson, who has taken an executive producing credit for “Scream VI,” calls the latest entry a “re-invention” of the popular franchise rather than another chapter. Cast members are calling the movie the bloodiest one in the bunch, supported by a solid script.

While Sidney won’t be returning along with the “Scream” survivors, some familiar faces are set to reprise their previous roles including Courteney Cox as intrepid journalist Gale Weathers and, excitingly, Hayden Panettiere as genre enthusiast Kirby Reed from the polarizing “Scream 4” sequel. A fan favorite, Kirby’s announced return has already generated theories and demands among the horror heads.

Several new faces join the cast, and none have generated more excitement than “Ready or Not” star Samara Weaving, whom audiences saw recently in Damien Chazelle’s Tinseltown epic “Babylon.” “My Best Friend’s Wedding” star Dermot Mulroney is attached in a vague cop role, and newcomers round out the cast with Josh Segarra (“Arrow”), Jack Champion (“Avatar: The Way of Water”), Liana Liberato (“The Beach House”), and Devyn Nekoda (“Degrassi”).

Read this next: The Best Horror Movies Of 2022, Ranked