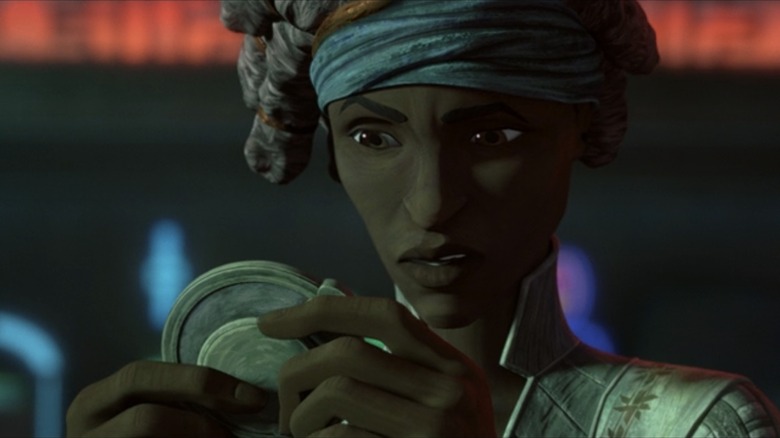 A brand new episode of “Star Wars: The Bad Batch” means a brand new adventure for Clone Force 99 (Dee Bradley Baker). This time, they are between missions and looking to repair their ship. While hunting for parts in the junkyard with Wrecker, Omega (Michelle Ang) finds a star compass. When she takes it back to Cid’s, the archeologist, treasure hunter, and pirate Phee Genoa (Wanda Sykes) is there and takes an interest.

Convinced the compass is a rare find and will lead to valuable treasure, she’s able to persuade the Bad Batch to accompany her to a distant, uncharted planet in the Kaldar Trinary System to seek the treasure. From there, they follow clues that take them to an ancient relic of a civilization that predates the Republic and the Jedi, but it holds a terrible secret they don’t fully understand. As they reach the heart of the mountain and try to take it as a prize, the mountain comes alive and an ancient relic of alien technology very nearly destroys their ship, the Marauder, and risks stranding them on the uncharted planet forever. 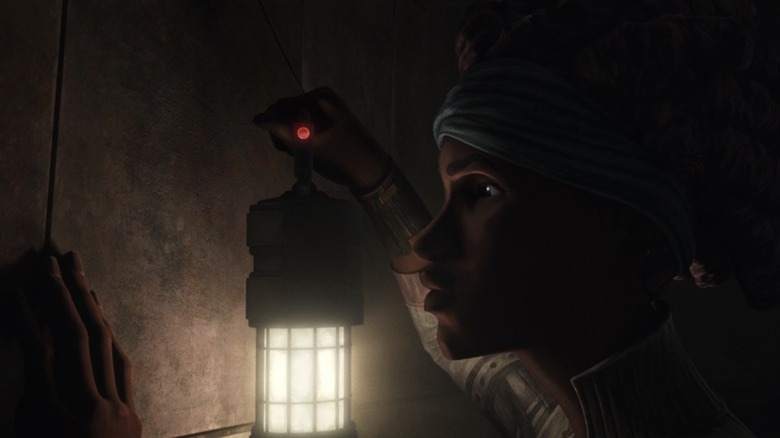 When I spoke to Brad Rau and Jennifer Corbett, the principal minds responsible for this season of “The Bad Batch,” I asked them what movies we should be on the lookout for their inspirations this season. When they said “Indiana Jones,” I wasn’t quite expecting an episode that feels very much like a “Star Wars” homage to “Raiders of the Lost Ark,” but that’s very much what this episode is. As the show’s heroes descend into the mountain and solve elaborate, sometimes life-threatening puzzles to get to the treasure at the center, even the music assembled by Kevin Kiner and team echoes the mysterious tones of the John Williams score for “Raiders.”

As Phee actually gets to take the heart from the mountain, the sound design follows the same pattern as Indy taking the fertility idol from the pedestal, and all hell breaks loose. Except this time, it’s more like “Indiana Jones and the Kingdom of the Crystal Skull” and aliens are behind the ensuing chaos. There’s even a shot-for-shot remake of a moment from “Raiders of the Lost Ark;” when Phee is grabbing the stone, the shot cuts to Omega, just like Alfred Molina’s Satipo, holding her hands up in the same way, waiting for the payoff.

Phee herself seems as patterned after Indiana Jones as Doctor Aphra is, with distinct and notable differences. In the final accounting, though, this episode takes the Bad Batch on an undeniably Indiana Jones-styled adventure.

Details To Watch Out For 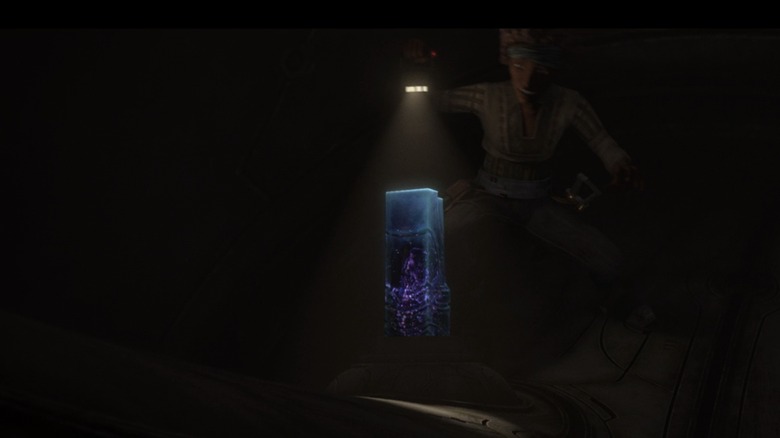 One thing to note in this episode is that all of the stuff that Phee Genoa mentions, whether it’s the Skara Nal, Octomorphs, or the Kingdom of Elweys and its fabulous chalice, none of it has any basis in current “Star Wars” lore. This is something that works to the advantage of the writers, because we’re led to believe, through Hunter’s eyes, that she’s just making stuff up. If her nods to other bits of lore she knows about were familiar to us, we would not be skeptical of her at all.

Aside from that, there seem to be many other nods and details to look out for. At the beginning of the episode in the Ord Mantell junkyard, Wrecker and Omega are looking for a compressor for the Marauder. In “The Force Awakens”, it’s the compressor that needs to be bypassed on the Millennium Falcon, otherwise Rey and Han would have been obliterated inside the ship along with Chewbacca, Finn, and BB-8.

The star compass that Omega finds looks different in design from the compass that Luke Skywalker found in the “Battlefront II” video game, but that was the first appearance of such a device in the canon. That compass ended up appearing in “The Last Jedi” as well, a relic rescued from one of Palpatine’s hidden caches of secrets. It would make sense that these are the sort of things that Palpatine is seeking or hoarding, since ancient weapons like the one we saw would definitely be something of interest to him.

As for the ancient weapon itself, it had strains of “Godzilla” and “War of the Worlds” in its function and design. And the creatures that attacked the Bad Batch from the inside felt very inspired or similar to the Zillo beast from “The Clone Wars.”

My favorite wink and nod in this episode came from the stones used for the puzzles and the heart of the mountain. They looked very much like the stones used to represent the elements in Luc Besson’s classic “The Fifth Element.” 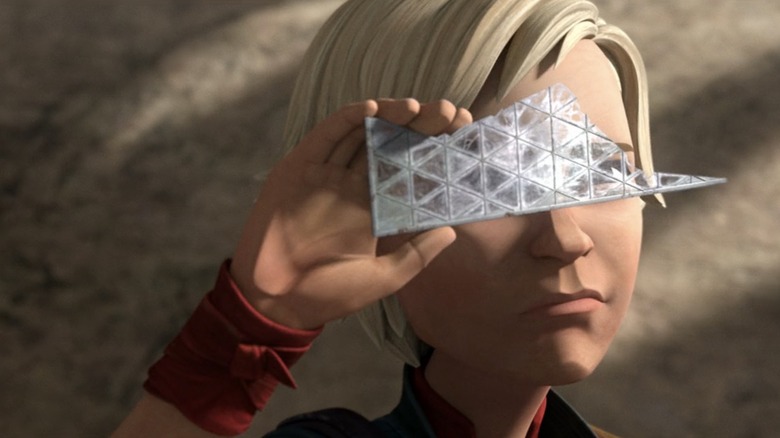 This is the second week in a row that we find some viewers accusing the latest episode of “The Bad Batch” of being frivolous, but at the end of the day this is a kid’s show, and there’s a place for entertaining, fun episodes that offer distractions for the Batch as they try to lay low from the Empire. Sure, nothing major happens, but this episode offers us a window into their changing personalities. Watch how Omega continues to look through things with a different lens after her run in on Serenno with the kaleidoscope, specifically in the junkyard. There’s a wonder to her character and a drive that can’t always be explained by her just being a child. There’s something more at work there.

This episode is not my favorite, but it’s certainly an engaging watch, especially since I love the “Indiana Jones” movies so much. It’s always refreshing to see a “Star Wars” project take on that aesthetic, considering it’s so inherently “George Lucas.”

If you like that brand of “Star Wars,” this episode is for you. If it’s not your jam, the main story arc through the season will pick up soon.

New episodes of “Star Wars: The Bad Batch” premiere on Wednesdays on Disney+.

Read this next: The 12 Best Scenes In Andor Season 1, Ranked