Agony aunt Deidre revealed losing Rick after 55 years of marriage meant recent weeks have been a “roller coaster” for her.

But she also shared an uplifting and “lovely” instance between them before he passed away relating to a recent achievement.

This Morning today with Deidre Sanders

Deidre’s appearance on Tuesday’s show marked her first time back on since she was awarded an MBE in the the New Year Honours List for 2023.

But Deidre, 77, was able to tell hosts Holly Willoughby and Phillip Schofield that Rick knew about her award, as she received a call about it prior to his death.

Furthermore, in what will hopefully prove a happy memory during a very difficult time, Deirdre noted Rick even made a joke about her being recognised.

Deidre’s MBE came up immediately as Phillip introduced her with her full title.

Phillip went on: “It is a nice bright light in quite a sad time for you.”

To which Deidre agreed, reflecting: “It has been very much a roller coaster with losing my husband.

“But he did know about the MBE before he died, so that was lovely. He could tease me about it.”

He did know about the MBE before he died, so that was lovely. He could tease me about it.

Deidre also said how it felt good for her to be back at work.

In September of last year, Deidre revealed she had been diagnosed with breast cancer and was put on the NHS two-week cancer pathway.

She returned to the ITV series a month later and confirmed she had undergone surgery and her cancer was “gone”.

This Morning airs on ITV, weekdays, from 10am. 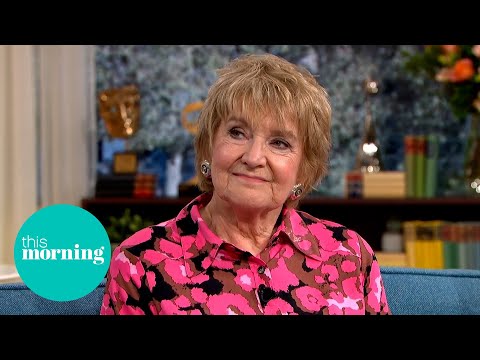