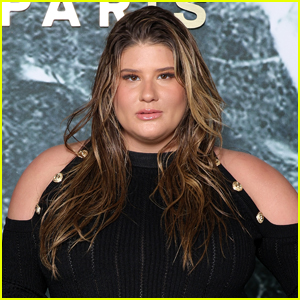 TikTok star Remi Bader sparked a conversation about the trendy “diet” drugs that people are using to lose weight.

By now, you’ve likely seen people talking about using Ozempic – a drug that is commonly used to treat diabetics – to lose weight. One side-effect of the drug is that it creates a feeling of fullness, leading to less eating and helping with weight loss.

However, the increasingly trendy drug isn’t without downsides.

Remi shared that she went on the medication and spoke about her experience on it and what it was like after she stopped taking it.

During an appearance on the Not Skinny but Not Fat podcast, Remi dissed the way that the drug is being treated as a fad diet at the moment, especially as it is becoming harder for diabetics who actually need the drug to find it.

“I’m, like, annoyed that it’s this trendy thing now,” she explained, noting that she was prescribed it for “actual issues.” She added that she was started on the drug at a doctor’s recommendation after it was approved in 2020.

While she lost weight on the drug, Remi said that it caused problems for her in the aftermath because it worsened her binge eating. Although the drug suppressed her appetite, her appetite returned once she came off it.

“I lost some weight. I didn’t want to be obsessed with being on it long-term, and I was like, ‘I bet the second I go off, I’m going to get starving again,’ and I did,” she explained. “I gained double the weight back.”

“My binging got so much worse, so then I kind of blamed Ozempic.”

In early 2022, Remi revealed that she decided to seek treatment for binge eating.