Vera star Brenda Blethyn has previously opened up about a health wake-up call due a condition that runs in her family.

The 76-year-old star of ITV drama Vera told the Daily Mail in 2012 she subsequently made changes to her lifestyle.

And it appears that health awareness has continued ever since. Indeed, it was reported last year Brenda revealed she gave up alcohol at one point.

“Not that I had a lot anyway,” she explained.

“The reason I stopped was because of COVID. We have to do all we can to keep ourselves healthy.”

Previous to that, however, Brenda had spoken about her family’s health history.

She explained back in 2012 how heart attacks claimed the lives of her mother, an aunt, her eldest sister and her eldest brother.

Furthermore, Brenda indicated the sad events had influenced her to become “more vigilant”.

Brenda added: “A few years ago I found out I had high cholesterol, even though my diet was healthy. Diabetes also runs in the family.

I’ve become a lot more vigilant, and upped my exercise.

“So I’ve become a lot more vigilant, and upped my exercise. I’m also more careful about the fats I eat, and my cholesterol has come down.”

Additionally, during the same interview, Brenda dismissed the idea of following “faddy” diets, despite her cholesterol concerns.

But she did consult a nutritionist as she was lacking in energy and enduring stomach cramps.

Brenda reflected: “I did a food intolerance test, which showed I was intolerant to lettuce, plums, tomatoes and yeast. I’ve eliminated them from my diet and I feel so much better.”

Read more: Vera star Brenda Blethyn has ‘nothing in common’ with her husband

Vera airs on ITV on Sunday January 15 at 8pm. 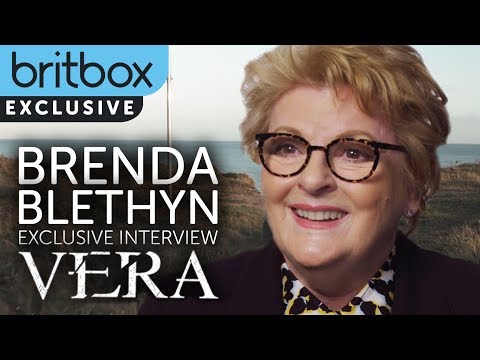