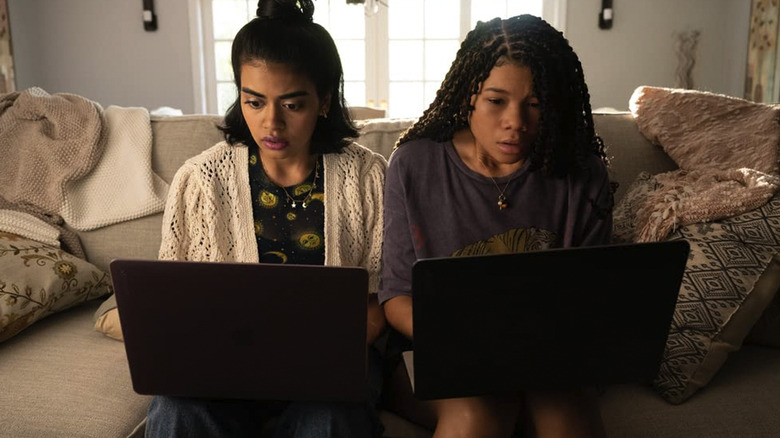 Aneesh Chaganty’s “Searching,” the John Cho-led thriller which played out entirely across screens and devices, was an inventive, edge-of-your-seat experience that ended up being one of the best films of 2018. A father’s search for his missing daughter was the driving force behind the film’s plot, but eagle-eyed viewers quickly noticed an entirely different story playing out in the corners of the frame: an alien invasion. The film’s main characters never personally engage with this storyline (they’re a little preoccupied), but if you look closely, you’ll see news articles, YouTube videos, and Facebook trending topics about green atmospheric anomalies appearing in the sky, culminating with NASA calling a meeting at the White House to address the invasion.

This week, the sequel to “Searching,” titled “Missing,” hits theaters. The film focuses on a young girl named June (Storm Reid) whose mother (Nia Long) goes missing, and the story is larger and more global than what we saw in “Searching.” The Easter eggs are also bigger than ever: This time, the alien invasion subplot playing out in the background morphs into a superhero origin story. I had the chance to speak with the filmmakers, who spilled details about what viewers can see on the edges of this new story.

‘It Has All The Exact Same Story Beats That You Would See In Any Marvel Movie, It Just Is Happening In The Corners’ 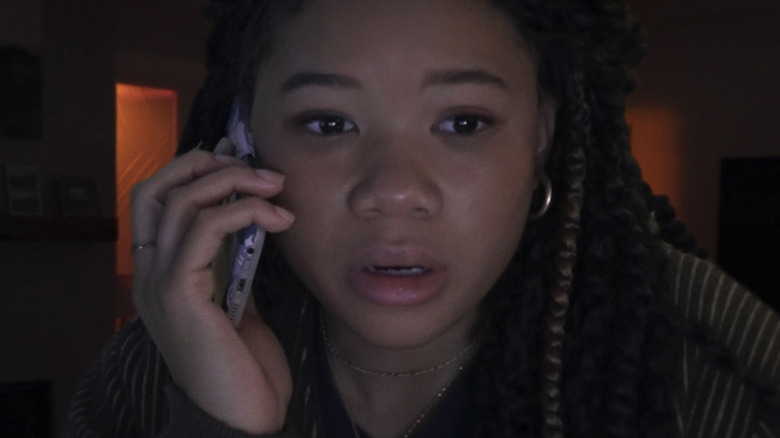 Will Merrick and Nick Johnson, who edited “Searching,” slid behind the camera to make their feature directorial debut on “Missing.” They also wrote the screenplay, based on a story by Aneesh Chaganty and producer Sev Ohanian. Natalie Qasabian, who produced “Searching,” is also back as a producer this time around, and in an interview this week, the team told me they knew they wanted to continue the alien subplot, but didn’t want to simply rehash what they’d already done. Ohanian, who is “the big fighter for these Easter eggs,” first cooked up an idea that ended up being scrapped due to real-world circumstances.

“I initially wanted to make a storyline in which the aftermath of whatever happened with the aliens led to a mysterious illness that’s spreading across the world, and people are starting to show signs,” Ohanian explained. “Almost like ‘The Last of Us,’ but more alien zombies. And I think with the pandemic, that felt like too ‘been there, done that.'”

So Ohanian was mulling over ideas with his assistant about what else they could do instead, and they landed on something spectacular.

“In the background of this movie, if you watch really closely — and especially if you’re watching at home and you pause at the right times — you will see that there was an extremely unexpected storyline, which is a superhero origin storyline that is literally pulled from the ashes of what happened with the aliens last time around. It has all the exact same story beats that you would see in any Marvel movie, it just is happening in the corners.”

The Superhero Has A Name 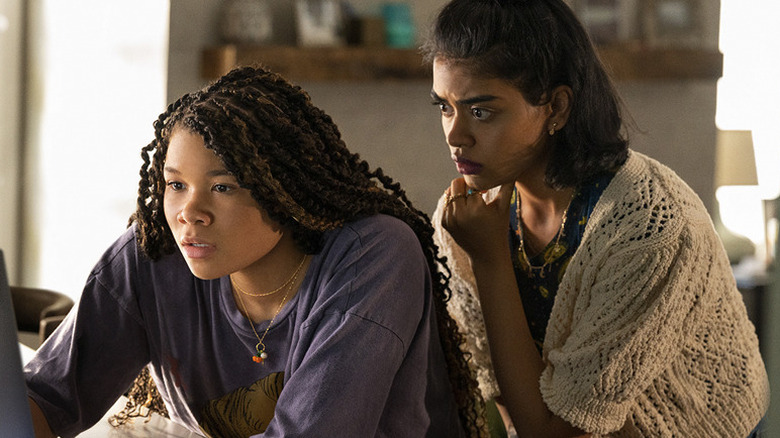 Ohanian provided a Google sheet with every mention of it and how that story would play out in the background. Once the pre-vis of the movie was completed, Qasabian explained that her assistant, Jason Phillips, “went through and identified what key spots would be good for some of the Green Angel storyline, as we referred to it.” I confirmed that Green Angel is the name of the superhero character referenced throughout, and Ohanian laid out the specifics of how the team inserted this narrative into the margins.

“It was very much a group effort. So I walked Jason through the main points of the storyline, and then he went through a Google Doc and just screenshotted all the pre-vis. ‘Maybe we could put a news article here.’ ‘Hey, in Spanish, maybe somebody could text so and so.’ But the bulk of the actual work of crafting a narrative was really Will and Nick. I think you guys are the ones that went in there and really painstakingly added details. We were kind of going back and forth on it. And it would be weird — we’d be having story meetings with all five of us talking about, ‘We’ve got to make sure June’s arc work was working here. P.S. Nick, can we talk about the Green Angel’s arc, too?’ It was always this side thing.”

Ohanian also said the team was so impressed by how quickly viewers spotted the Easter eggs on “Searching” that they, “by design, made it even harder this time around just to reward that much more Easter egg hunting.” And Merrick revealed that the Green Angel narrative “has a full three-act story, but you have to go through almost frame by frame to catch it all.” That should give Redditors and internet sleuths all the reason they need to see this movie again and again.

Read this next: The 23 Best Heist Movies Of All Time