Keeping Up Appearances was one of the BBC‘s most popular sitcoms in the 1990s – but 30 years on, where are the cast now?

Characters such as the ludicrous Hyacinth Bouquet (or rather, Bucket) and her slobbish brother-in-law Onslow became cultural figures.

However, the comedy’s original success between 1990 and 1995 might have also led to it ending.

That’s because Clive Swift, who played Hyacinth’s put upon and long-suffering husband, indicated in an interview the series’ star did not wish to be remembered purely for playing Mrs Bucket.

Judy, now 82, subsequently appeared in Midsomer Murders, Heartbeat, Birds of a Feather and as Queenie Trott in EastEnders after featuring in all 44 episodes of Keeping Up Appearances.

The star, who played Hyacinth’s sister Daisy, also took part in Pointless in 2020 and has written several novels.

Geoffrey sadly passed away in 2012 due to prostate cancer aged 68.

Following his portrayal of Onslow, he played Twiggy in The Royle Family and rogue Vernon Scripps in Heartbeat.

Shirley only appeared in the first of the five series of Keeping Up Appearances, as Hyacinth’s man-eating younger sister.

However, she went on to memorably play Edna Birch in Emmerdale for 900 episodes from 2000.

An experienced musical performer, she returned to the West End after the sitcom’s conclusion, playing Mrs Potts in Beauty and the Beast.

Sadly, following an ovarian cancer diagnoses in January 1998, she left the show the next month and died aged 62 in November of that year.

As Hyacinth’s terrified neighbour Elizabeth, Josephine was an ever-present member of the cast.

She later played Miss Davenport in Last of the Summer Wine between 2003 and 2010, and appeared in episodes of Heartbeat and Doctors.

Josephine also toured with her one-woman show Still Keeping Up Appearances? until 2019.

Now 79, it is believed he since toured with Su Pollard in stage show The Good Sex Guide and has also starred in pantos.

Following his memorable performances as Hyacint’s hubby Richard, Clive enjoyed TV roles in Born and Bred, Doctor Who and The Old Guys.

His last telly performance came in 2017, in Midsomer Murders.

And as a a songwriter and musician, he toured the UK with his show Richard Bucket Overflows: An Audience with Clive Swift and Clive Swift Entertains.

Now 93, Patricia – made a Dame in 2017 – received honorary membership of the Royal Academy of Music in July of last year.

Following the end of her unforgettable sitcom performances, Patricia launched straight into another TV hit with Hetty Wainthropp Investigates.

She also participated in Alan Bennett’s Talking Heads 2 and has enjoyed critical success for a number of stage roles.

Among them has been an extended run as Lady Bracknell in The Importance of Being Earnest for Chichester Festival Theatre, the West End, and and Australian tour.

The legendary star also performed in theatre in 2014, in An Ideal Husband. She has also toured with Face The Music, featuring anecdotes about her musical career.

But before her Keeping Up Appearances career she also performed on Broadway, and won Tony and Olivier awards. 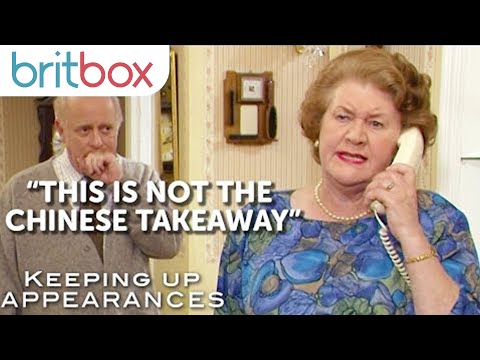 The post Where are the Keeping Up Appearances cast now? Cancer, deaths and an honour from the Queen appeared first on Entertainment Daily.