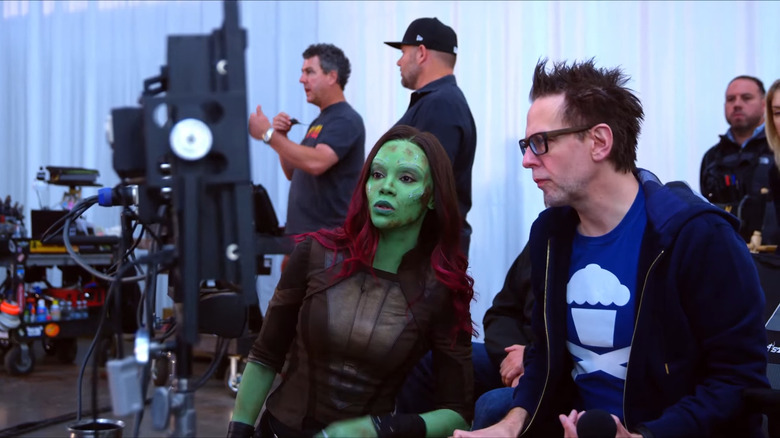 Writer and director James Gunn has kept exceptionally busy for the past several years. After his abrupt departure from “Guardians of the Galaxy Vol. 3,” he found new work with Warner Bros., signing on to write and direct “The Suicide Squad.” Eventually, Gunn would be rehired and return to Marvel Studios to finish telling the story he started in 2014 with his “Guardians” trilogy. The work didn’t stop there, however. Gunn would go on to spend the 2020 lockdowns writing “Peacemaker,” a sequel-spinoff series centered on the titular character from “The Suicide Squad” for HBO Max.

As if all those projects weren’t enough, you can also add a script for a “Superman” film and being put in charge of shaping the DC Universe’s film slate to his docket. Back in late 2022, Gunn and his producing partner Peter Safran were announced as the new co-heads of DC Studios — meaning, it’s up to them to report directly to Warner Bros Discovery CEO David Zaslav and make sense of both the remaining DC Extended Universe movies and the DC Studios films to come. During all of this, Gunn has also been working on finishing “Guardians of the Galaxy Vol. 3.” Given the current state of his workload, the filmmaker finds himself in a unique position of working for both Marvel and DC. The how and why of it all boils down to one simple reason: James Gunn is intensely dedicated to the stories he wants to tell.

‘I Needed To Finish The Story’ 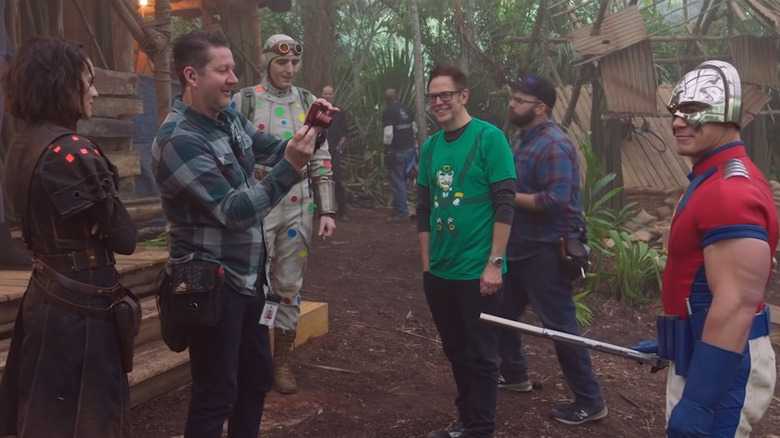 For the March 2023 Issue of Empire Magazine, James Gunn talked about what it was like working for both studios. Calling post-production on “Guardians of the Galaxy Vol. 3” his “day job,” Gunn joked that planning DC Studios’ future is “a very healthy part-time job that’s at least another 40 to 60 hours a week.” As for why he returned to finish the “Guardians” trilogy, he had a straightforward answer: “It’s because I needed to finish the story. And especially because I needed to finish Rocket’s story.”

The first “Guardians” movie sent shockwaves through the film industry, defying skeptics who doubted a movie featuring a talking CGI raccoon and tree would catch on. Instead, it became one of 2014’s top-grossing films and established Gunn as a filmmaker capable of telling human stories with otherworldly backdrops.

Letting another director tackle “Vol. 3” would put the film at risk of being tonally and possibly even thematically disparate from the first two installments. Moreover, Gunn couldn’t leave the “Guardians” cast hanging, not least of all because he hopes to work with them again:

“This cast is like my family. I cannot tell you how close I am to Chris Pratt and Pom [Klementieff] and Dave [Bautista] and Zoe [Saldaña] and Karen [Gillian]. But I also know I will work with all those people individually again. Probably at my other job.”

The “Vol. 3” trailer has set the stage for what looks to be an emotional farewell, both onscreen and in the sense that, for now, Gunn’s DC responsibilities mean his days at Marvel are over. No matter where he’s at, though, Gunn will surely bring the same passion for story and character with him.

Read this next: Every DC Movie Made Prior To The DCEU Ranked From Worst To Best

The post Why James Gunn Ended Up Working For Marvel Studios And DC Studios Simultaneously appeared first on /Film.