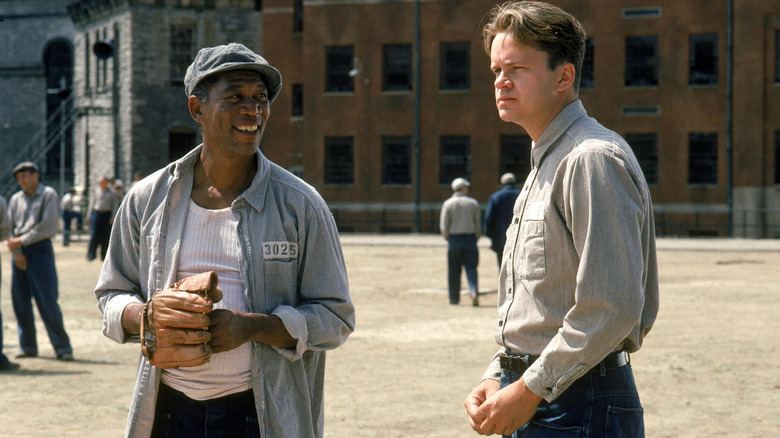 Frank Darabont’s beloved 1994 film made a lot of changes to Stephen King’s novella, “Rita Hayworth and the Shawshank Redemption,” such as cutting out the “Rita Hayworth” part of the title and deciding to not mention the exact details of Red’s imprisonment. (In the book, Red kills his wife and accidentally takes a child down along with her in the process; the movie smartly sidesteps all that.) They also decided to change Red’s race.

In the book, Ellis “Red” Redding is a white man of Irish descent, but in a casting decision that likely would’ve stirred up some internet outrage if it had been announced today, they chose Morgan Freeman to play the character. Freeman discovered this change for himself when he started reading the novella, although he never made it past the first page. “Red was this Irishman,” he explained in a 2014 Role Recall interview. “So I closed the book. I never read another line. I was like, ‘I can’t play an Irishman!'”

The character’s ethnicity in the book did get a subtle shoutout in the film for readers to appreciate. When Andy Dufresne asks Red why he’s got that nickname, Red responds, “Maybe it’s because I’m Irish.” As a meta nod and as an actual thing Red would believably say to Andy, the joke works on both levels.

The Many Improvements Over The Book 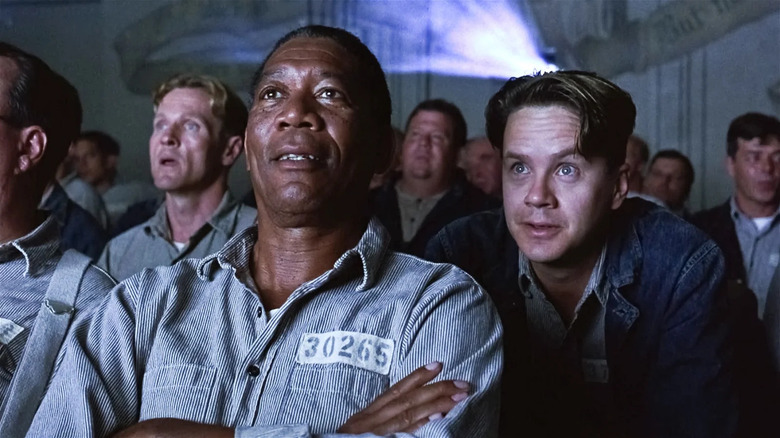 Although Morgan Freeman doesn’t look anything like his novella counterpart, you’ll have a hard time finding anyone who doesn’t think he did a good job here. As has been widely acknowledged by this point, Freeman’s got a voice made for narration; even if you hate voiceovers in movies, he’ll manage to win you over within just a couple minutes.

The movie also benefits from the greater suspension of disbelief afforded by the medium. While most of the same basic plot points happen in the novella, you can see Stephen King struggling at times to explain how Red knows about so much of what’s going on with Andy in each part of the story. It’s written specifically from Red’s first-person point of view, after all. The film, meanwhile, is not as closely tied to Red’s perspective, and Freeman’s charisma in the voiceovers helps to smooth things over, preventing the viewer from getting too wrapped up in figuring out how and why Red knows about this or that.

Looking back at it today, there are some clear lessons to learn about casting in adaptations. One of the more recent controversies has been the online anger about Bella Ramsey being cast as Ellie in “The Last of Us,” despite the fact that she looks different from the videogame character. It’s nothing new; every time an adaptation bases its casting choices on something other than looks, fans of the source material aren’t happy. But as Morgan Freeman made abundantly clear in “The Shawshank Redemption,” finding an actor that captures the spirit of the character, not their exact facial features, is most important.

The post Why Morgan Freeman Only Read The First Page Of The Shawshank Redemption Novella appeared first on /Film.