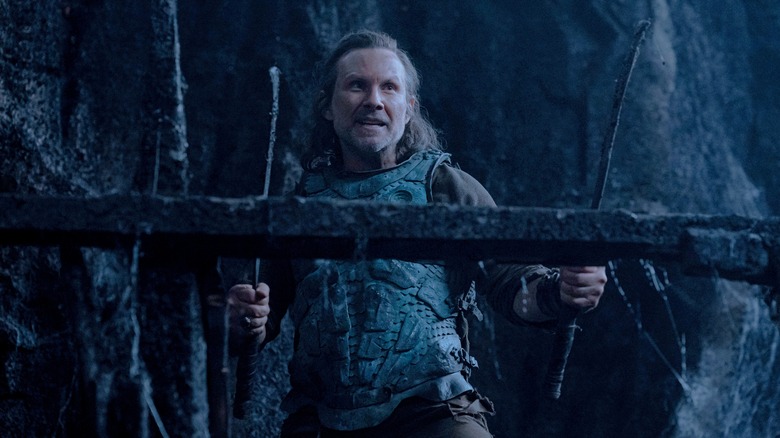 “Willow” is as much about its titular hero (Warwick Davis) as it is about his unlikely companion, a suave swashbuckler by the name of Madmartigan (Val Kilmer). Kilmer’s performance brought a contemporary edge to the high fantasy in the 1988 film, and it’s a performance that Jon Kasdan hoped to feature in his legacy sequel, also called “Willow.” Unfortunately, with COVID-19, an unforgiving shoot in Wales, and Kilmer’s long battle with throat cancer to consider, the actor was unable to return for the series — at least, not physically.

Madmartigan’s spirit is still all over nu-“Willow,” thanks to some more anachronistic humor and a host of new characters that share his sensibilities. One of those characters is Allagash, played to perfection by Kilmer’s contemporary Christian Slater.

Like Kasdan, Slater was already a mega-fan of “Willow” before he got the call to join the series. But joining “Willow” as Madmartigan’s longtime friend came with a bit of homework, as Kasdan had plotted out a whole lot of history in the form of an “unreleased” sequel. “There was a movie you never got to see,” Kasdan told io9 ahead of the series premiere. “It came out in 1992 and it was ‘The Adventures of Madmartigan,’ and it had Madmartigan leading a team of adventurers on a daring quest.” Of course, “The Adventures of Madmartigan” does not exist in our reality, but for Kasdan, it was essential to informing Madmartigan’s absence in the series — and in finding an actor that could help fill in those blanks in his own way.

Slater’s name was at the top of that list, and for good reason. To this day, the actor represents a particular sect of Gen X royalty: He’s a paladin for a generation of rogues and rebels that have since had to grow up — and it’s a responsibility that seems to inform his role in “Willow” too, as he coaches a new generation of heroes. With all this in mind, it’s safe to say that Slater juggled a lot in his time on “Willow,” but the actor has been around long enough to know when to throw caution to the wind and have a bit of fun no matter what. I spoke to Slater about stepping up to Kilmer’s legacy and finding freedom in the role of Allagash. 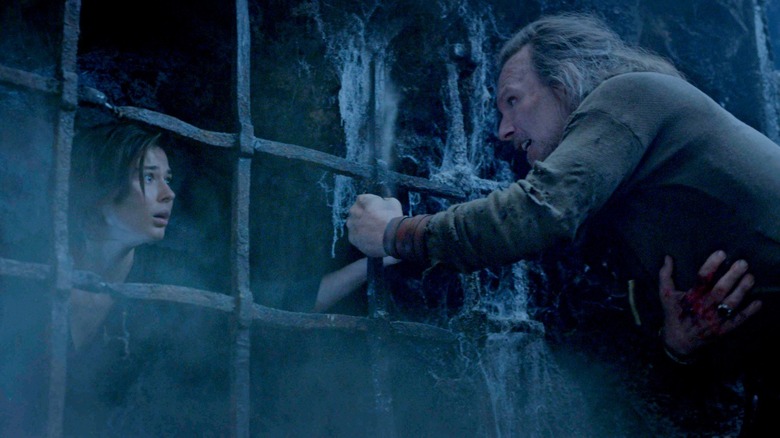 It’s no secret that you were a big fan of the original “Willow” movie. So how does it feel not just to have a new chapter in that story all these years later, but to actually be a part of it?

It was a lot of fun. I mean, I had a great time, but this is a world that I love. I love fantasy. I love Lucasfilm. I was born at the right time. I was seven years old when “Star Wars” came out, and it just made such an indelible impression to me. I was 16 when “Willow” came out, and I loved it. I loved the energy of it. I loved the fun of it. I loved what Warwick did and I loved what Van Kilmer did. It was just such a fun, offbeat character. So to get the opportunity here to create a new character from the ground up, somebody a little quirky, somebody a little offbeat, somebody you’re not sure you can really trust or not, was fun. And I felt like I found my tribe. I really loved this group of people and it was a great time.

There’s a lot of history between your character and Madmartigan, and a lot of context that you helped to fill. Was your backstory pretty much figured out when you came aboard, or did you add some things as you went along?

I mean, certainly Jon had an idea. I mean, I’ve only heard later that there’s some imaginary sequel that never got made in 1990 maybe.

But it does make sense to a certain degree. I mean, Val and I have always crossed paths in the past, and we’ve worked together several times and I’m just such a huge fan of his. And like I said, what they do with Madmartigan I thought was just fantastic and so fun and so full of life. And there was never ever going to be any idea of … No one can ever fill the shoes of Madmartigan. I mean, come on. It’s like, the guy’s unbelievable. But he could have had a friend that joined him on his adventures. Val and I have had several adventures together in our lives anyway, so we could have hung out, it makes sense.

I think Allagash is the type of guy that Madmartigan would’ve attracted into his universe, just two kind of rogue-ish, sneaky kind of character guys. And then you put a character like Allagash in a crow’s cage for 10 years, he’s really going to be out of his mind. So all those aspects really gave me a lot of freedom to have so much fun with the character and just be a little quirky and a little offbeat. And I was just so thrilled that Jon Kasdan was open to ideas and to doing whatever the heck it is we wanted to do with each other. It was really fun. 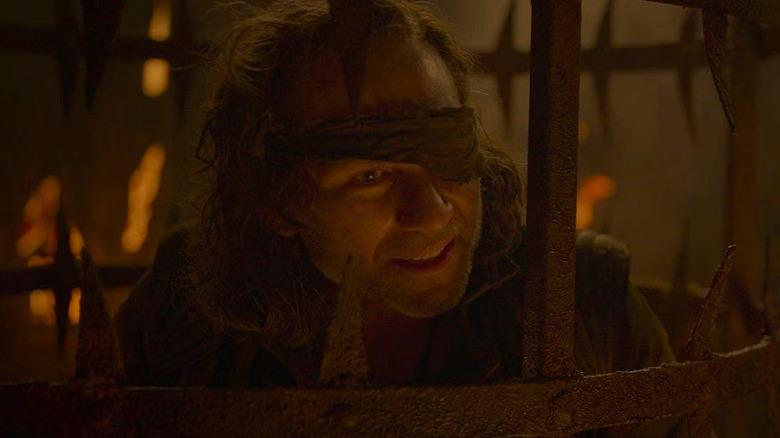 Was there any improv between you and the cast? Your rapport with Amar [Chadha-Patel] is so endearing.

Yeah, we loved each other. I mean, I really loved them. I loved them all. Ruby Cruz was great, Warwick was great, but the fight scenes were so fun and we really did have a good time. And it always felt like Val’s spirit was involved in some way. There’s that great moment in the movie when he flips his sword and then falls on his ass, that great shot. And there’s a moment in the episode I did, where I go skipping down the hall, singing about how free I am — and I think Val must have sent out some kind of serendipitous spiritual arrow, because I too fell on my ass at that particular moment. I felt like that was another nice homage, and I just feel like Val had something to do with that.

Playing the swashbuckler is some somewhat new territory for you. And I know there’s a chance we may not see Allagash again, but would you ever dip into high fantasy ever again?

Of course, yeah. Like I said, I’ve been a huge fan of Lucasfilm my whole life and fantasy, adventure, entertainment, escapism … I do love it, and I love to play fun characters and have a good time and push the envelope and create characters from the ground up. And that’s what this opportunity presented. I had a good vibe and a good feel and a good sense of what it was they were trying to capture in this particular show. And I feel like they did a really, really nice job.

Did you watch weekly, or did you get to see all the episodes at once?

I did watch. I kind of watched weekly and I would watch … It was fun to watch the show. They have all this stuff on YouTube now where you can watch the show or see other people’s reactions while they’re watching the show. I mean, this whole world is so weird now that we’re in. Next there’ll be like a show about the people reacting to the people watching the show, reacting to the show. It will keep going and going and going. So I enjoyed a few of those. Those were really, really fun. To see people hooting and hollering as they’re watching the show unfold felt very organic and it made it fun for me.

‘Who Knows If I’ll Ever Get To Be Here Again?’ 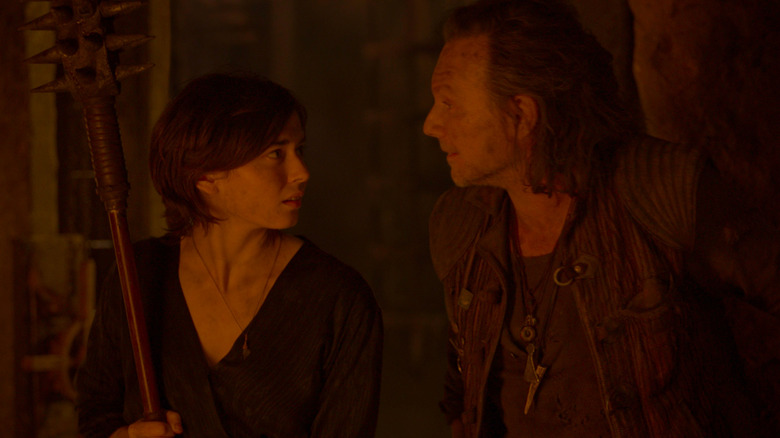 Lastly, I’ve just got to ask about your time working with Zoë Kravitz on her directorial debut.

I know you probably can’t say a lot, but how was it working with her and the cast, and within that thriller genre?

It was great. I mean, I knew Lenny [Kravitz] and Lisa [Bonet], and I held Zoë when she was this big. She was a little … It was incredible. So to get to work with her in this capacity, I mean, she did such a fantastic job. I can’t wait to see the movie. I mean, we had such a great time, and it’s such a crazy, crazy movie and crazy concept, and it’s fun, but it’s dark and it’ll be twisted. And again, I had a good time with the character and we were able to come up, I think, with some fun stuff.

I mean, I think the older I get, it’s like you realize you better just get in as much as you can now because time is precious. There’s no point in waiting. You might as well just throw in and throw out as much possibly can. So that’s what it was like too on “Willow.” I just was like, “Who knows if I’ll ever get to be here again? So let’s have as much fun as we possibly can while we’re here.”

“Willow” season 1 is now available in full on Disney+.

Read this next: The 14 Best Moments In Willow, Ranked

The post Willow Actor Christian Slater on Honoring Val Kilmer and Having ‘As Much Fun’ As Possible [Exclusive Interview] appeared first on /Film.