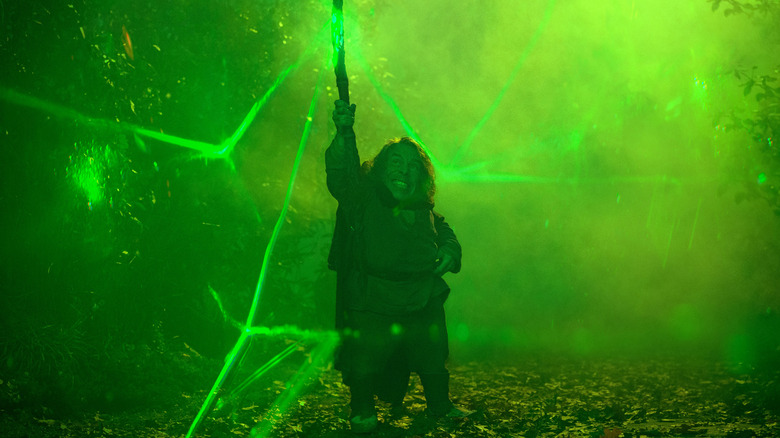 In today’s slightly-terrifying new era of Peak TV, it can be harder than ever for a fully realized project to see the light of day. Even without Hollywood’s new habit of culling their most promising shows, there’s still so much that can work against a new series — especially for Lucasfilm’s latest, “Willow.”

The legacy sequel was 20 years in the making, and a massive labor of love for its creator, Jon Kasdan. The “Solo: A Star Wars Story” alum (who co-wrote the film with his father, “Star Wars” scribe Lawrence Kasdan) worked tirelessly to revive the world that had enthralled him so much in his younger days. But even once the green light had been bestowed, there were no shortage of hurdles to overcome.

After seven weeks on the air — or whatever the streaming equivalent is — “Willow” has premiered to warm reviews and a seriously dedicated new fanbase. And Kasdan himself was involved at nearly every turn, interacting with the fans and his cast on social media, sharing anecdotes from the set and inviting feedback from every corner of the internet. Whether you loved “Willow” or you hated it, it’s hard not to be swayed by his enthusiasm. It’s downright infectious, and it’s really refreshing to watch his passion play out across the series. With the season finale in the rearview, I spoke to Kasdan about the characters, the stakes, and the show’s relationship with fantasy and horror.

‘You’re Never Going To Please Everyone’ 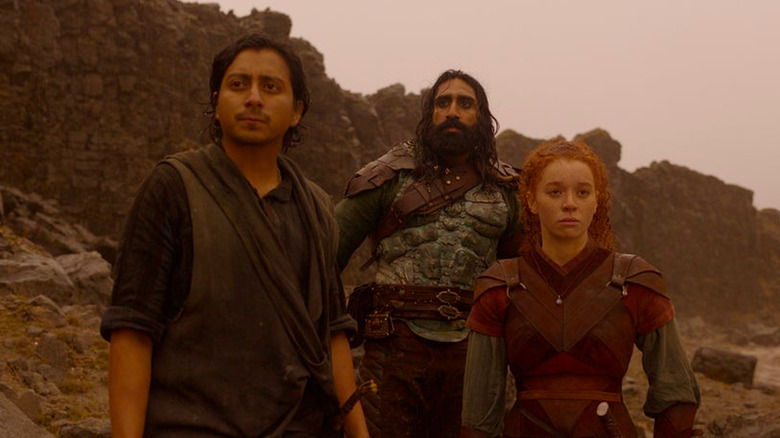 I know it’s been a long road to get to this moment where the work is done and you can kind of just sit and reflect on it all. How do you feel about “Willow” now that the project is fully out there?

It’s very gratifying. There are things about it that I was excited for and hoped people would react to in a certain way, and I’ve certainly gotten that satisfaction. But there are other things that I had not anticipated and have been thrilled to see just how deeply into certain characters and relationships fans have gotten. That is delightful and very moving and just a wonderful way to get to experience a story you’ve created, where you’ve truly gotten people invested in these characters.

I like that you talked about the surprises, because you were really open about inviting fan feedback and not just positive reviews, but even some of the less-than-glowing critiques.

You sort of know, I think, going into these things that, particularly when you take a big swing as we did with “Willow” — to sort of tonally and in terms of making it something very specific and different from the movie — that certain people will embrace that and certain people won’t. Just as you know and I personally know from working on “Solo,” when you’re overly faithful to the source material, you can have the opposite thing, which the people are like, “Well, they didn’t bring anything new. It’s milquetoast.” And when you go and try to do something different as Rian [Johnson, director of “Star Wars: The Last Jedi“] has or whatever, you’re likely to get a lot of people who are like, “Well, that’s not the ‘Willow’ I grew up with.

What’s nice about that dynamic and that knowledge that I’m sort of privy to is that it makes it possible to embrace every opinion that people have and relate to every opinion people have. So there’s a real satisfaction — or rather a peace, I guess — in knowing that you’re never going to please everyone and that you could just try to follow your heart and your gut and express your love for this stuff in the best way you know how.

‘We Wanted To Have That Level Of Fun, But Also Wanted Our Threats To Feel Real’ 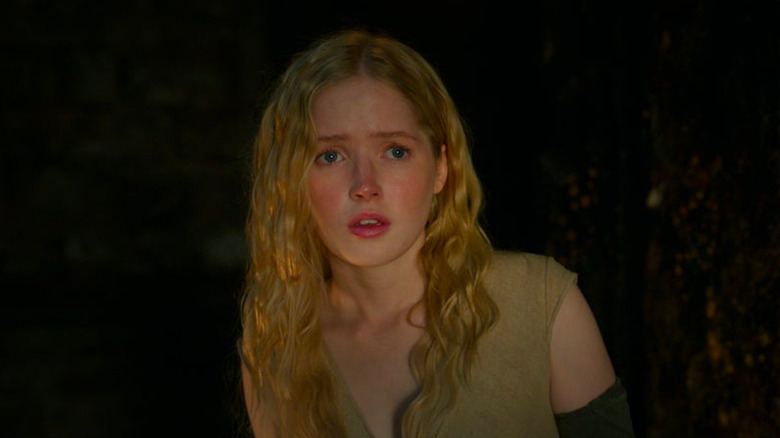 You’ve spoken a bit in the past about bringing this contemporary vibe to the fantasy setting, and that especially shines through in the finale, I was laughing so much.

How did you, I guess, work to walk the line? I know there’s a balance.

It is a tough line to walk, and the reason it’s tough is because you want it to make you laugh hard, but you also want the stakes to be real and emotional and meaningful for the audience. And that’s always a challenging balance to strike between how invested you are and what happens to the people and whether there’s real jeopardy. To me, a masterpiece of the fantasy genre is definitely “The Princess Bride.” It’s a movie I adore [and] it’s as funny as anything could be, but one of its challenges is that you’re never particularly worried that it’s not going to end with a happily ever after. And with this story, we wanted all of it. We wanted our cake and to eat it too. So we wanted to have that level of fun, but also wanted our threats to feel real. That’s always a tough note to hit. And you’re doing it on a granular level — meaning with every joke, you’re sort of weighing the laughs versus the cost of someone making fun of something in the moment when their life is and danger.

Throughout the process of writing this and creating these characters, did you have a favorite? I know the instinct is to be like, “Oh, I love them all,” but was there one that you enjoyed writing for the most?

Well, Boorman is a pleasure to write for, because he gets to be the voice of the sort of fan who’s snickering at the show while in the show. And he’s got that combination of sort of looseness and self-consciousness combined with incredible physical strength and bravery. It just was a blast. But likewise, I found myself loving writing Mims as a character, and that’s one that you just want more of for me because she’s so genuinely sort of open and honest and good. To me in a lot of ways, Mims is sort of the pillar of righteousness in this universe, and it was a fun character to write because she’s so buoyant and lively and interesting that she just naturally brings a lot of depth and personality to that archetype. 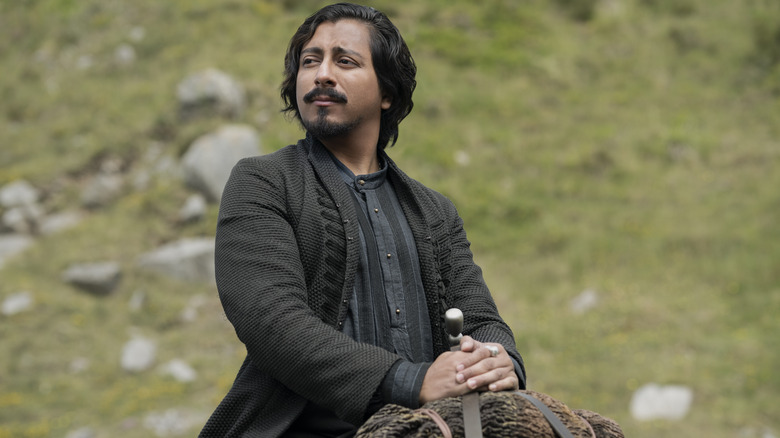 Lastly, I just want to talk about Graydon. That was my favorite character.

He just caught me totally by surprise.

In a way he’s the most personal to me a little bit, just because I think that — and Tony would probably tell you that he was doing me a little bit — certainly as a young man, that I had that vulnerability in me and I had that sort of carrying the weight on my shoulders that made them roll inward, combined with a real romanticism and longing for love and community. What’s lovely to me about Graydon is that he’s this sort of very lonely kid who finally finds his family, and that’s something very bittersweet about him, sort of the connections he makes, not just with Elora, though paramount among them, but with all of them and the way they all sort of come around on Graydon is one of my favorite things about the show.

You’ve spoken too about the Lovecraftian elements of the show, and I feel like a lot of that lives in Graydon’s character. As we get to know him, we get this specter of cosmic horror. Was that intentional for you?

Absolutely. Totally. Again, it speaks to that side of the balance that you’re trying to strike, which is that you want the threat to be something very real and potent and scary because one of the gifts of the movie for me was how scary it was and how much I really was worried for that baby. So the burden I think — on all these shows, and on all sort of horror fantasy now — is to create something that you feel like you haven’t quite seen before. It’s not so easy to do. I mean, I think the best incarnation of a Lovecraftian legacy continued is “Stranger Things,” which does it lovely and makes it both human and personal, but also cosmic and terrifying. We wanted to lend that element to the show — and I think that Lovecraft would consider himself a horror fantasist, and that was a huge element of what he was doing.

“Willow” season 1 is now available in full on Disney+.

Read this next: The 14 Best Moments In Willow, Ranked