Gemma Collins has revealed that she has gained a stone in weight and is now “too scared” to weigh herself.

However, former TOWIE star Gemma has vowed to shed the pounds after admitting to overindulging over Christmas.

Former TOWIE star Gemma has revealed that she has put on a stone in weight after overindulging over Christmas.

The 41-year-old star made the confession during a recent episode of her GC podcast.

Speaking about her Christmas, Gemma revealed that she and Rami, her fiancé, went to Tel Aviv.

“I did some really good stuff while I was there, from the nature side of things it was incredible,” Gemma said.

“I ate vine leaves, hummus, falafel. Basically, I probably wacked on, no joke…seven to ten pounds, even a stone,” she continued.

Gemma Collins on ‘constant battle’ with her weight

The reality star then continued, explaining that due to a recent back injury, she can’t work out.

Instead, she has set herself a new healthy eating plan.

“What I want to talk to you about is goal setting, in life, it’s good to have that vision of what you want to be or do,” she said.

It’s a constant battle for me all the time.

“I think January, February, March is a time where I certainly need to crack on and start doing my fitness and get some of this weight off,” the former TOWIE star continued.

“I’m absolutely sick of it, as you all know I struggle with my weight as I have PCOS and underactive thyroid and it’s a constant battle for me all the time,” she then added.

“When my back went I was like I really need to lay off the goodies.”

Gemma cuts back on wedding plans

Gemma’s weight gain comes not long after it was revealed that she and Rami have set aside their wedding plans amid the cost of living crisis.

Back in December, Gemma was asked during an interview with The Mirror whether she and Rami plan to get married in 2023.

“Nah, not at all. I just think it ain’t the time to be spending like millions on a wedding you know?” she replied.

She then hinted that she and Rami would get married in “peace and quiet”.

“It’s not the time. It will happen, to be honest, my life is always like I’m on the stage anyway,” she said. 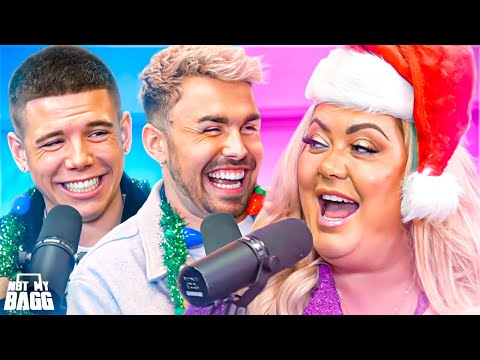 The post Gemma Collins reveals weight gain as she confesses she’s too scared to weigh herself appeared first on Entertainment Daily.