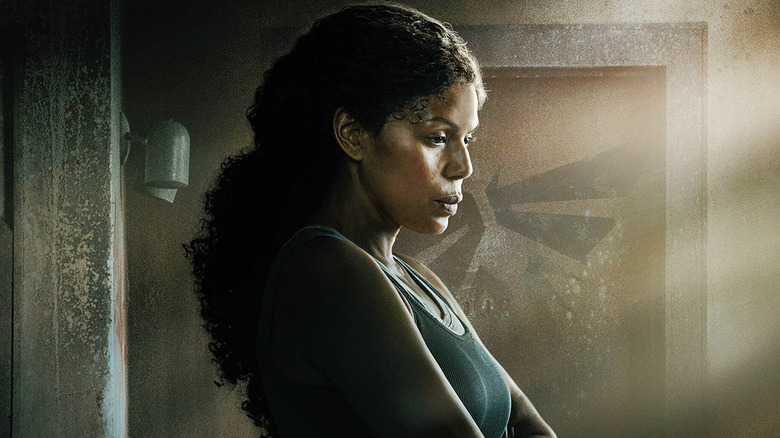 HBO’s adaptation of one of gaming’s most beloved tales is finally here. Despite battling high expectations to live up to the original game (and also break the curse of many other game-to-live-action adaptations), episode 1 of “The Last of Us” has prevailed, expanding the introduction of the original video game into a fully-realized episode of television that will grip longtime fans and newcomers alike.

There are some superficial changes, such as the exact outbreak day of the Cordyceps infection being pushed from 2013 a decade earlier in 2003, and some extended sequences such as the full story of how Sarah (Nico Parker) got Joel’s (Pedro Pascal) watch fixed for his birthday. But for the most part, the pilot episode of “The Last of Us” eases its audience in by faithfully introducing us to the before and after of Joel’s world.

Don’t get it twisted, big adaptational changes are on their way as this story switches mediums and expands into something new (and some of the newer threads are particularly amazing to watch unfold). But co-creators Craig Mazin and Neil Druckmann made also made a huge promise that the soul of the game remains the same.

While we certainly stand behind a good majority of the creative freedoms taking shape, there’s one seemingly small change in the first episode of HBO’s “The Last of Us” adaptation involving a key character that raises cause for concern about the latter half of the season. If you haven’t put your time into Joel and Ellie’s story on the PlayStation yet and are watching this show blind, major spoilers are ahead.

A Minor Retcon With Big Implications 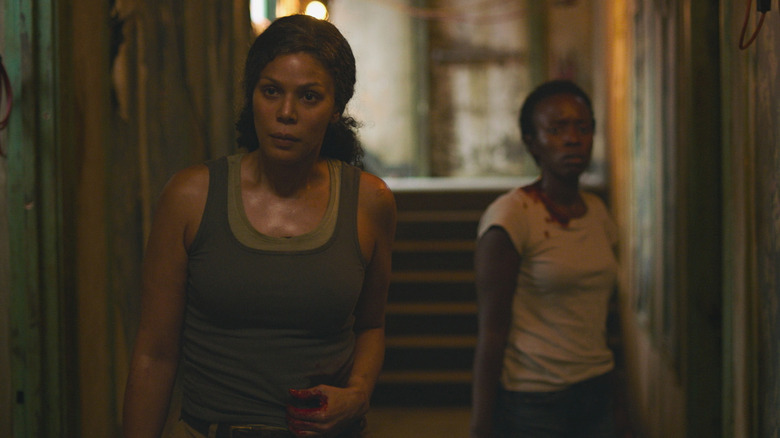 As the only actor from the 2013 game reprising their original role, Merle Dandridge plays Marlene, leader of the anti-FEDRA rebel group, the Fireflies. In the first episode, we see her organize mini-confrontations against FEDRA throughout the Boston Quarantine Zone (QZ), angling them to spread all their power on one part of the city so that a key group of Fireflies can make it out with their important cargo: a 14-year-old girl named Ellie (Bella Ramsey) who might be the key to humanity’s future.

Though both introductions to Marlene in the game and in the show are similar, there is one crucial difference that might surprise the more hardcore fans of “The Last of Us” and all of its little nuances. In the game, Ellie and Marlene have a pre-existing relationship that is even further elaborated in small details, DLC, and comics. There’s a significant amount of trust between these characters by the time Joel and the player meets them in the narrative.

However, in HBO’s take on the material, Ellie has no idea who Marlene is. She’s instead taken into the Fireflies’ custody due to the bite on her arm, kept chained from a distance, and is tested frequently for signs of further infection. By the time Marlene gets to finally talk to her and explain her motivations, Ellie, feisty by nature, had nearly lost all of her patience. This is a far mark from the amount of trust Ellie has in Marlene when we first see her in the game.

Marlene Is As Much As Ellie’s Parental Figure As Joel 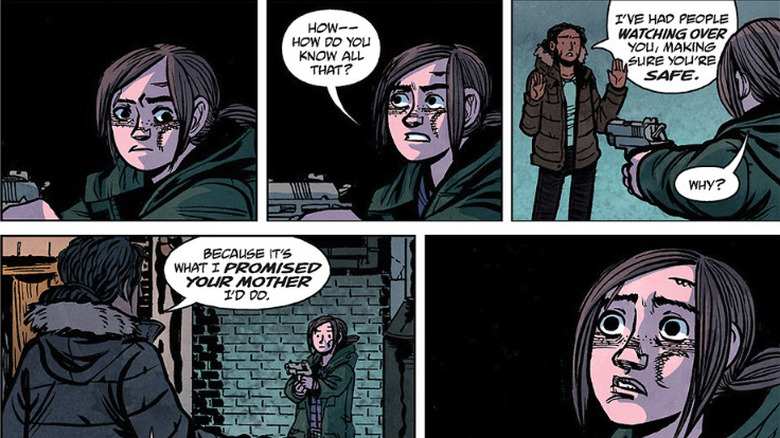 So, why does this minor change have a huge impact on the story of “The Last of Us?”

The fact of the matter is that before Joel, Marlene was the most significant adult figure Ellie has had in her life. A canon prequel comic to the original “The Last of Us” 2013 game, “The Last of Us: American Dreams,” follows Ellie moving to the Boston QZ, having been transferred to a different military boarding school due to her delinquent behavior. After befriending fellow teenage rebel Riley Abel (who will be featured later on in the HBO series, played by Storm Reid) and running off campus with her, she meets Marlene and her renegade group of Fireflies in the outskirts of the Boston QZ. It’s here that Ellie finds out Marlene has been watching over her from a distance, and that she made a promise to Ellie’s mother, Anna, to do so. She gives Ellie her mother’s switchblade as well as a letter from Anna, which Ellie keeps with her at all times.

In the 2013 game and its DLC chapter, “The Last of Us: Left Behind,” you get some more details about the friendship between Marlene and Anna through recordings, diary entries, and hidden pieces of dialogue. Marlene and Anna were extremely close, and even in some ways a parallel to the relationship Ellie and Riley have with each other: two different pairs of women navigating the apocalypse and looking out for one another.

How Will This Impact The Climax Of The Series? 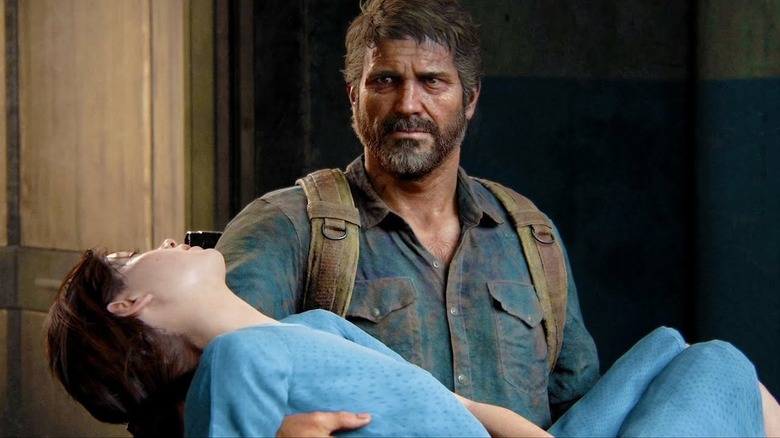 Ellie’s faith in Marlene is not just a neat character dynamic though, it also serves a greater narrative purpose, providing extra layers of nuance and drama to the climax of “The Last of Us.” When Ellie is unconscious in the Salt Lake City Firefly hospital, Marlene is the one who decides to go through with the surgery that could reverse-engineer a vaccine from her brain, killing Ellie in the process.

If you know anything about how “The Last of Us” ends, you would see how pivotal Joel’s choices are at this moment; his actions define the gray morality and complexities of this story. While Joel believes he has the power to decide what’s best for Ellie as her surrogate father figure, he is directly opposed to Marlene and her mission to save humanity no matter the cost. But as a direct character foil to Joel, Marlene’s role as another parental figure to Ellie is just as significant. If Joel truly believes that he, as Ellie’s surrogate father, has the power to make this choice for Ellie, what makes Marlene any less qualified to make this decision?

When we reach this dramatic beat in the HBO show, I fear that we won’t see where Marlene is coming from in her choice compared to all the time we spend with Ellie and Joel. Above many other themes, “The Last of Us” is a story about perspective and how we are all interconnected through acts of love or violence. It would be a shame to see this little bit of nuance erased in the series. 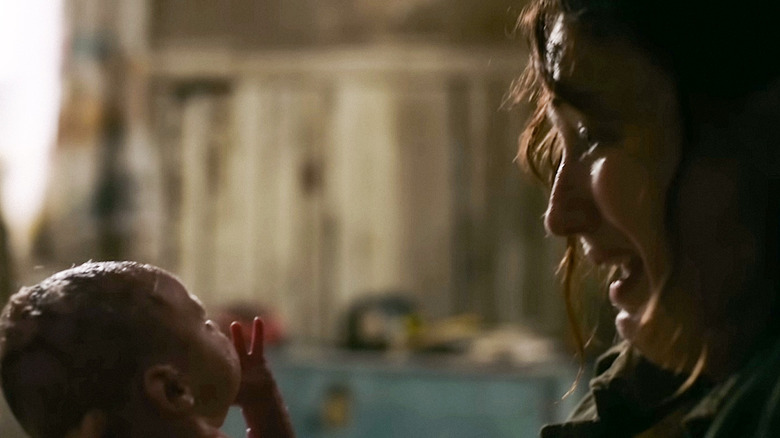 Though I may have been a bit blindsided as a big fan of the original source material, there is a lot of hope that this will be rectified in later episodes of the series. At a press conference for “The Last of Us” HBO series, Dandridge said herself that when revisiting Marlene she wanted to make her live-action portrayal of the character distinct from the video game version. Dandridge also mentioned that the TV format, which isn’t anchored solely to Joel and Ellie’s perspectives, allowed her and Druckmann to return to Marlene’s backstory, which they had filled out but not actually shown in the game, allowing them to re-add much more context for who Marlene is and what her motivations are.

The trailer for HBO’s “The Last of Us” revealed that Ashley Johnson (the original voice actress for Ellie in the 2013 game) has a role in the show playing Ellie’s mother, Anna, in live action — the first time that we have actually seen the character on screen. And although Ellie doesn’t know who Marlene is when she first meets her, Marlene reveals that she knew her as a baby and has been watching over her from a distance, foreshadowing that bond between Marlene and Anna to be further explored in the future.

HBO’s “The Last of Us” has more than proven its ability to translate the game’s emotional potency in the format of prestige television, so while this little change might have some cause for concern, we remain confident in Mazin and Druckmann’s vision for this show’s bolder choices. Exploring Marlene’s personal connection to Ellie via flashbacks could very well offer us more insight into why she ultimately makes the heart-wrenching choice that she does.

Read this next: The 15 Best Horror TV Shows Of All Time

The post HBO’s The Last of Us Makes A Minor Change That Could Impact The Ending appeared first on /Film.