Here’s what grabs Jennifer Connelly: a good script, an original script, some humor, definitely just something different. And that’s precisely what the actress found in Alice Englert’s feature debut “Bad Behaviour.” That Englert, who also stars in the film as Connelly’s daughter, is the real-life daughter of filmmaker Jane Campion wasn’t at all on Connelly’s mind. The “nepo baby debate,” what’s that? After 40 years on the big screen, the Oscar-winning actress knows excellent work when she sees it. That’s what she’s into.

And Connelly’s inclinations are dead-on with this one. In “Bad Behaviour,” Connelly is cast as someone who might sound a bit like the actress on paper (Lucy is also a former child star) but is not at all like the actress beyond basic biographical facts. Unable to cope with her life, Lucy heads off to a silent retreat headed up by flimsy guru Elon Bello (the very funny Ben Whishaw), where she has to mix and mingle with other struggling folks, including Beulah Koale and Dasha Nekrasova. Meanwhile, her daughter, Dylan (Englert), is similarly struggling as she attempts to beef up her stunt performer career on a shoot in New Zealand.

Both women are, yes, prone to bad behavior, but Englert’s film takes some wild twists and turns, aided by plenty of humor and a strong bond between its leading ladies, and delivers something fresh. Connelly loved it, and as she tells IndieWire, she can’t say enough good things about Englert, “nepo baby” claims be damned. Plus, Connelly responds to the massive success of “Top Gun: Maverick,” unpacks her delight in playing bad, and offers a glimpse at her love of research when it comes to any and all filmmakers who might want to work with her.

The following interview has been edited and condensed for clarity.

IndieWire: What was your first indication that “Bad Behaviour” was something special?

Jennifer Connelly: First, I read the script, which I thought was really special and felt very creative and original. I thought it was wonderfully written and I thought it was funny. I appreciated so many things about it. My first meeting with Alice was a Zoom meeting. Actually, I never met her in person until I got to New Zealand!

She’s so smart and I think she’s really bold in her writing and the choices. Her voice is very much her own, and I was instantly taken with her and I was really curious about her vision. I wanted to see what she was going to do with the film.

So you get to New Zealand, meet in person for the first time — how did you then bond?

That’s a hard question to answer. I think she wrote really beautiful scenes that I think were very intimate and specific. We had an amazing working relationship. It wasn’t like we had any time to spend outside of our fast and furious filming schedule, but I really admired her and adore her and instantly felt very, I don’t know how to say it, we just sort of dove right in to the material and to working together.

Your character, Lucy, is someone who has been impacted by growing up as a child star and a teenage star. I have to assume that’s something that you personally connected with.

Not in the way that Lucy does. I mean, we have that in common for sure, but I don’t think her life bears any resemblance to mine. I started working when I was 10, but that’s sort of the end of the parallel, in that I didn’t base her on my history or my experiences or my relationships in any way.

And with Lucy, I mean, she, as the title says, behaves really badly. Yet you spend time with her as if she’s a protagonist, not an antagonist, sort of really looking at her. I thought it was quite brave of Alice, but let her to sort of write a project about characters who behave in that way.

I love that it’s looking at things that we all struggle with, like what do we do with the things that we inherit that are maybe not the best stories that we have? How do we escape that path and how do we move forward and forge better relationships? 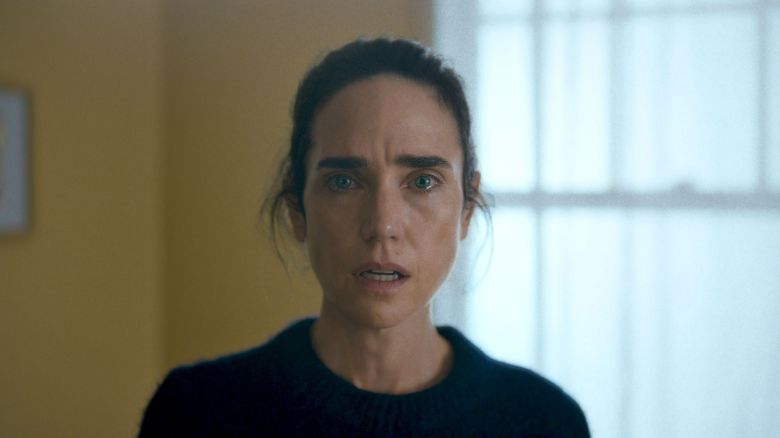 I think that the tone of the movie is so interesting and it’s so its own thing and her own thing. I find it really funny! I love that so much of it is really funny and the characters kind of get that they’re ridiculous and they’re sort of taking the piss out of themselves. But it’s not cynical. There’s nothing cynical about it.

Without giving too much away, around the midway point of the film, things shift and suddenly the plot moves us toward a place where you and Alice get to share the screen. What was it like to then actually act with Alice?

Alice also assembled a wonderful supporting cast. Ben Whishaw is a guru, and he really doesn’t seem to have any of the answers, but yeah, you’d maybe want to follow him anyway.

I love that character. I think he’s so good. He’s so good in this movie. It was a joy working with him. I hate categorizing people and it’s only my impression of what he’s like as an actor. He might totally disagree with it. But I felt like my experience working with him was, I found him to be really so available and open to where any particular take might go, and so connected to, in that instance, me, the other actors he was working with.

Alice is someone who grew up in a very creative environment, and I’m sure that you’ve seen this sort of ongoing thing about “nepo babies,” which technically both Alice and her mother, the great Jane Campion, are.

I haven’t been following the nepo baby debate.

I don’t know what the debate is.

Well, the debate is just, “Did you know some of these famous people also have famous parents?”

But that’s not a debate. I think Alice’s mom is wildly talented and has made amazing movies. And I worked with Alice because I read her script and I thought her script was really interesting. I watched her short films, the two short films that she’s directed, and I thought they were so good. They’re so funny, I thought, in such a way that I hadn’t seen before. I was just captivated by her as a filmmaker. 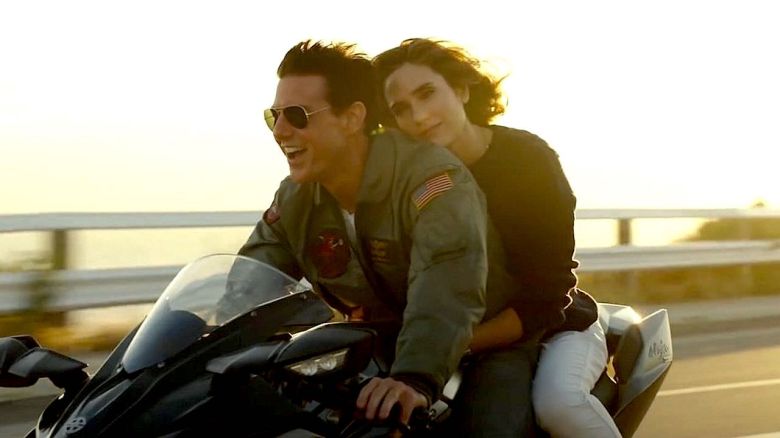 I’d be remiss if I didn’t ask a question about my favorite film of last year, which is “Top Gun: Maverick.”

Did you have any sense that it would become this absolute juggernaut?

I saw it in the IMAX theater for the first time, but without an audience, only with my family, believe it or not, because it was during COVID and Tom Cruise wanted to set up a screening, and I think he set up screenings for cast members. He really wanted us to be able to see it projected on a big screen. I guess the first time I got a sense of how it might play to an audience [was when] I was watching my kids’ reaction to it. My daughter was literally sitting at the edge of her seat and her leg was bouncing up and down the whole time she was watching it.

I think Joe Kosinski is a great director. I’ve had the good fortune of working with him twice now. He’s a great director and such a joy to work with. And of course, Tom is… There’s no one like him. He’s extraordinary. That was really a testament to him. It’s a huge achievement for him and Joe and Jerry Bruckheimer. I think that they made a great film, I really do.

“Bad Behaviour” premiered at the 2023 Sundance Film Festival. It is currently seeking distribution.