In the latest Jonnie Irwin news, the TV presenter has been inspired by a fellow cancer sufferer to make a big lifestyle change.

The Place In the Sun host, 49, confirmed he has cancer that has spread to his brain in November.

The married dad-of-three said at the time: “I don’t know how long I have left, but I try to stay positive and my attitude is that I’m living with cancer, not dying from it.”

And now Jonnie has hailed a book by author Jane McLelland as giving him “hope in an otherwise hopeless situation”.

Jane is a stage four cancer survivor who has been in remission since 2004.

Sharing a snap with his 150,000 Instagram followers yesterday (Tuesday January 17), Jonnie said: “Was a privilege to meet my mentor Jane McLelland today.

“Her story is truly an inspiration and in my opinion a must-read for anyone affected by cancer.

“It has inspired me to change my lifestyle and importantly given me hope in an otherwise hopeless situation.

It is bloody hard but I’m on board!

“Don’t get me wrong. It is bloody hard but I’m on board!”

Supportive followers noted in the comments sections how they felt Jonnie is ‘looking healthier’.

“Hopefully you feel a bit better as well. Prayers for you and your family!” one person added.

“Love and strength to you Johnnie. You also look healthier than you did on the Lorraine show if you don’t mind me saying so,” wrote somebody else.

And a third well wisher posted: “You are actually looking better. Everyone praying.”

“Never give up hope. Life is a mystery and miracles can and do happen. Take care one and all,” they said. 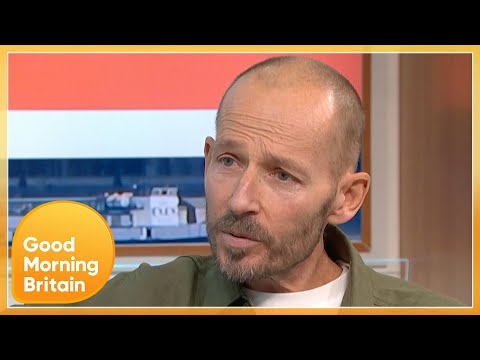