Call the Midwife actress Laura Main has spoken out about rumours the popular BBC nursing show may be coming to the end.

Laura, who plays Sister Bernadette in the popular BBC drama, appeared on Good Morning Britain this week to reveal what the future holds for the show.

And there’s good news in store for fans of the show as Laura confirmed a new series will be on our screens later in the year.

When is the new series of BBC show Call the Midwife?

“Season 13 is definitely happening, there is more being made,” she told hosts Kate Garraway and Ben Shephard.

Let’s just cross our fingers because it feels like there is so much excitement and enthusiasm for the show.

Call the Midwife first aired in 2012, and has remained consistently popular over the last 11 years.

When asked whether the series could be running out of steam, Laura responded: “I don’t think that’s the case at all. We’ve actually had some big commissions.

“But I’ve got to admit, normally we start a series and then find out. We always find out pretty early. I mean, I don’t know, there might be some news soon.”

She added: “Let’s just cross our fingers because it feels like there is so much excitement and enthusiasm for the show still… can we make it to 1970?”

Call the Midwife has shown the realities of life in the East End of London throughout the 1950s and 60s.

It has also covered landmark historical moments, such as the legalisation of abortion in 1967 and the introduction of the contraceptive pill.

Laura added on GMB that she was thankful to have landed the role.

“I feel so lucky to have got that gig,” she said. “That gig that takes off in an extraordinary way that nobody could predict, the actresses in our show that have done hundreds of jobs.

“This doesn’t happen very often, so it does feel really special.”

Show creator Heidi Thomas has previously revealed her shock that the series has maintained its popularity for over a decade.

“For a very long time before we started to film it, people told us nobody would watch it,” she said.

“The very first time it went out we got eight million overnight viewers and I think we were in a sort of shock.

“But it’s not about the numbers, it’s the passion that people feel for the show.”

Call the Midwife continues Sundays on BBC One at 8pm. 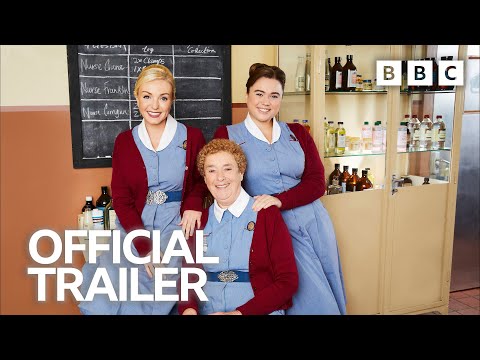 Head over to our Facebook page @EntertainmentDailyFix to let us know what you think of this story.

The post Call the Midwife star Laura Main breaks silence on rumours the show is coming to an end appeared first on Entertainment Daily.