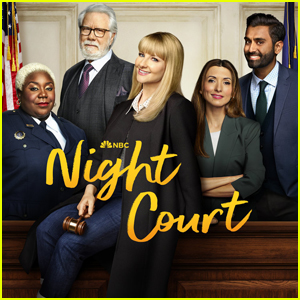 Night Court is back with some major star power!

The cast of NBC’s revival of the classic series features several guest stars, including a Saturday Night Live alum and some Olympic greats.

The reboot centers on on unapologetic optimist judge Abby Stone, the daughter of the late Harry Stone (originally played by Harry Anderson), who follows in her father’s footsteps as she presides over the night shift of a Manhattan arraignment court and tries to bring order to its crew of oddballs and cynics, most notably former night court prosecutor Dan Fielding, with John Larroquette reprising his role.

Season 1 of Night Court premieres on January 17 with back-to-back episodes starting at 8 p.m.

Find out who is set to star…